Something I get asked a lot, I guess because I also made a book on kimonos, is where to get cute textiles. In a word, Nippori (near the train station). There is a street called Senigai, which is a DIY/ crafters dream district with shops lined up selling lace, buttons, materials (from very cheap to very high quality) to kimono fabrics to branded material (Hello Kitty, denim barnd material, kimono company textiles) to traditionally dyed materials and so on. They also sell wholesale clothing, and just really ridiculously cheap fashion -- like 2dollar t-shirts and 10 dollar jackets, I don't know what the quality is like, but if you are on a budget, you can get a lot.
There are numerous shops in this district (you can easily spend a day here), the most famous being  Tomato and one entire floor is devoted to character fabrics. It is AWESOME. 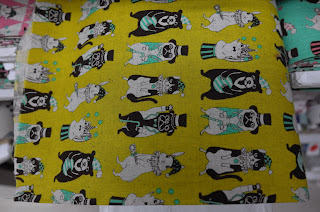 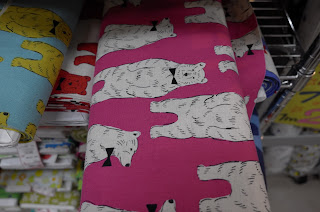 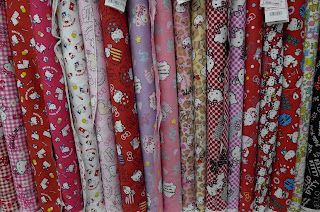 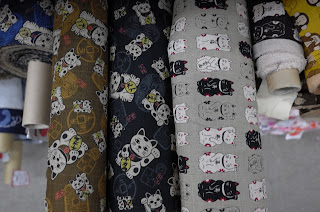 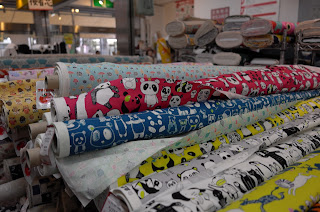 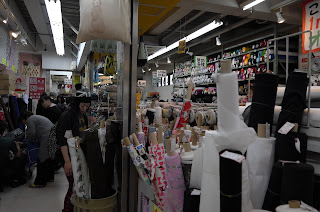 Had a bit of money owing from an awesome Ozzie from our last book sale a while back, and I had a day off+ in Japan (seriously a rare event in my life!) so did a bit of shopping for Animal Friends Japan, they are looking after refugee dogs from the nuke disaster in Tohoku @ 40,279 yen.
Kokeshi from Tohoku with Love (the first version) has sold out but we will continue to have flash sales and support people in Tohoku.
Before you go -- dont people need the money too? actually if I lost my house, and my life and got stuck in a temporary village where pets aren't allowed, to have to leave my dogs behind in a nuke no-go zone to starve, that would kill me. Also a lot of the owners are going back for their pets once their living situation has changed, so as much as I am animal nut, this is also for the people of Tohoku too.
They took 150 from Fukushima and now are left with 40 as most got adopted or taken back. Amazing!

If you want to pitch in check their FB and they have periodic requests for things you can buy off amazon for them.
and you can also donate directly off their HP using a credit card. This place has a good reputation (as well as Ark -- I really do research these places!) so your money will go directly to where it is meant to.


this is from their HP:

Ku was rescued from Futaba, Fukushima. He was friendly and obviously well-loved. After extensive searching we managed to track down his owners, who had been displaced due to the disaster. They were delighted that he was safe, but couldn't take him back immediately, so we promised to take care of him for as long as they needed us to. They came to visit Ku as often as they could and he really missed them when they left. After a long wait his owners finally finished building their new home and they came to pick up. Everyone was overjoyed to see Ku return to his family. It's been over 4 years since the 2011 earthquake and we still care for many cases like Ku's. More than half of our 340 animals come from Fukushima's evacuation zone, and more still come from other prefectures affected by the tsunami. Many of them have lost their families and homes forever, and caring for them as they enter old age is becoming increasingly difficult due to the financial burden of elderly animals. 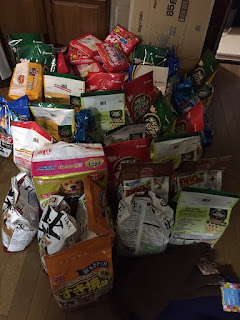 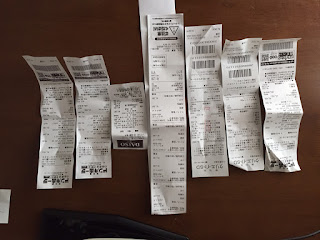 Starting on a new Japan book that will probably appeal to the people who are into kawaii culture...hint in the pix below.

And.... prayers to Paris. We released Kokeshi from Tohoku with Love in Paris, had events in Paris for Kawaii, Japan's Culture of Cute and Kicks Japan as well, and have French contributors to the Kimono Now book, so this is particularly heart-breaking news. I love Paris so much, the beautiful people, my heart is broken that they have to go through this horror, I can't even imagine that gorgeous city as a warzone as it is now. Prayers to everyone there. 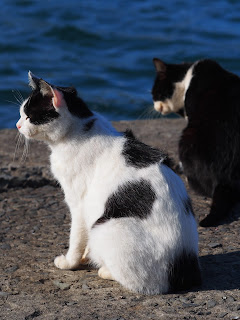 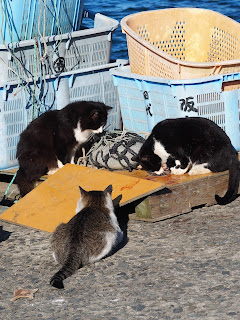 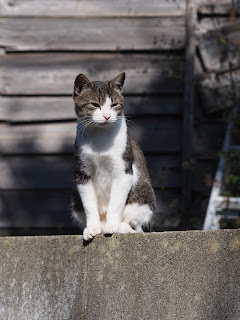 Tanoyaku, the Toyoko Inn (one of the largest hotel chains in Japan) in-room entertainment magazine have taken an excerpt from Kokeshi, from Tohoku with Love. The profile they chose is Rei Yamaya, who is this adorable woman working out of Kuroishi in Aomori. She is one of the most sought after kokeshi makers with young collectors because her designs are so cute; they have betty hoop -esque eyes, wear berets, and have apple motifs  on their chest. Her kokeshi are snapped up instantaneously by fans when there are Tokyo based kokeshi events.


I visited her last winter, I didn't meet her for the first edition of the book, but she is so popular, I had to go back again for the second edition.  I super happy as there is a 1.3 million potential readership for this publication! Thanks as always Kazuhisa at Tanoyaku! 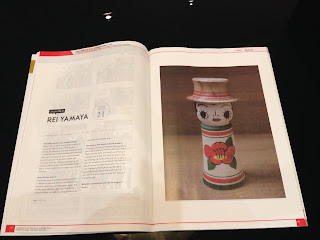 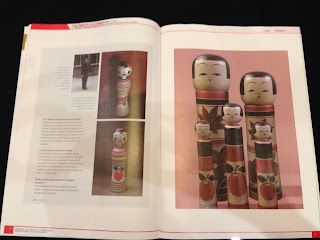 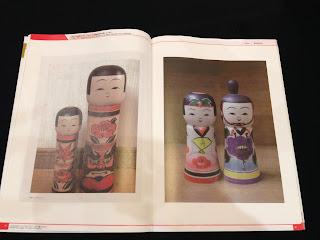