Wrote an article for ozzie travel magazine Get Lost on Asakusa culture, (the topic of an upcoming book Im making as well) if you see it, check it out. It has some photos that we took for the kawaii book, from one of the kimono shoots that we shot at Taito ryokan of model Takako. Also, all the decorations are also made from kimono fabric too, it is a common hobby for Japanese people to patchwork these bits and pieces together into collages, toys,  interior goods, and so on.
thank you Catherine! It looks really cool! 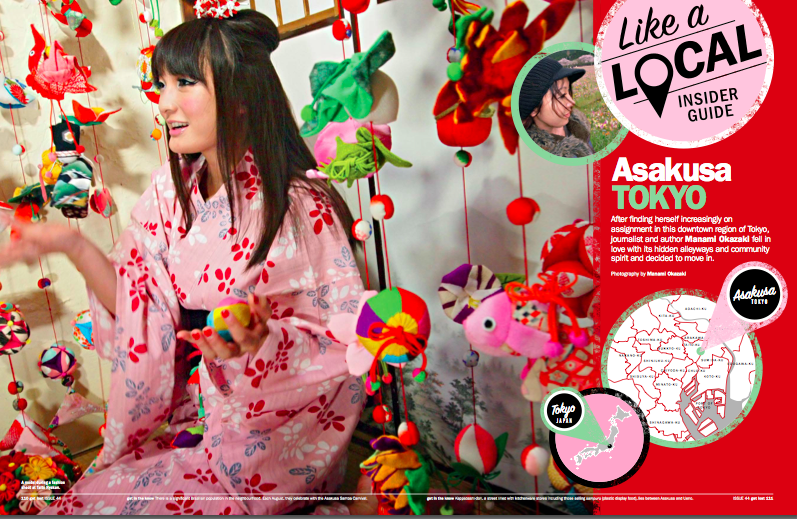 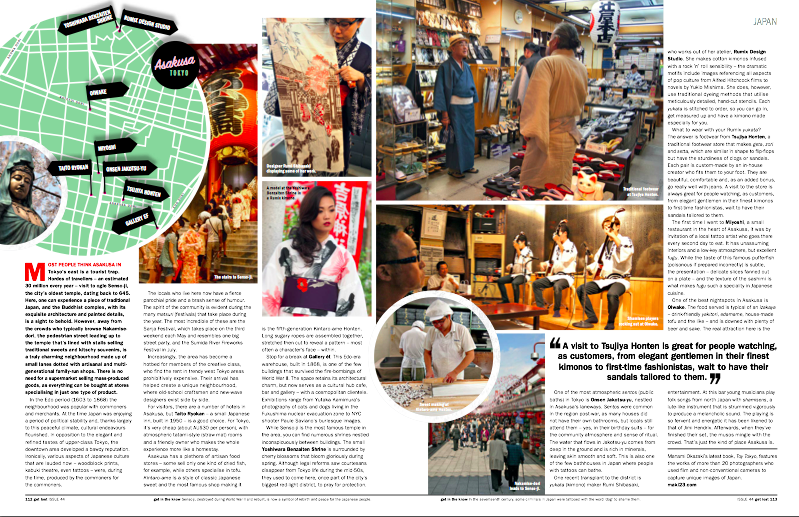 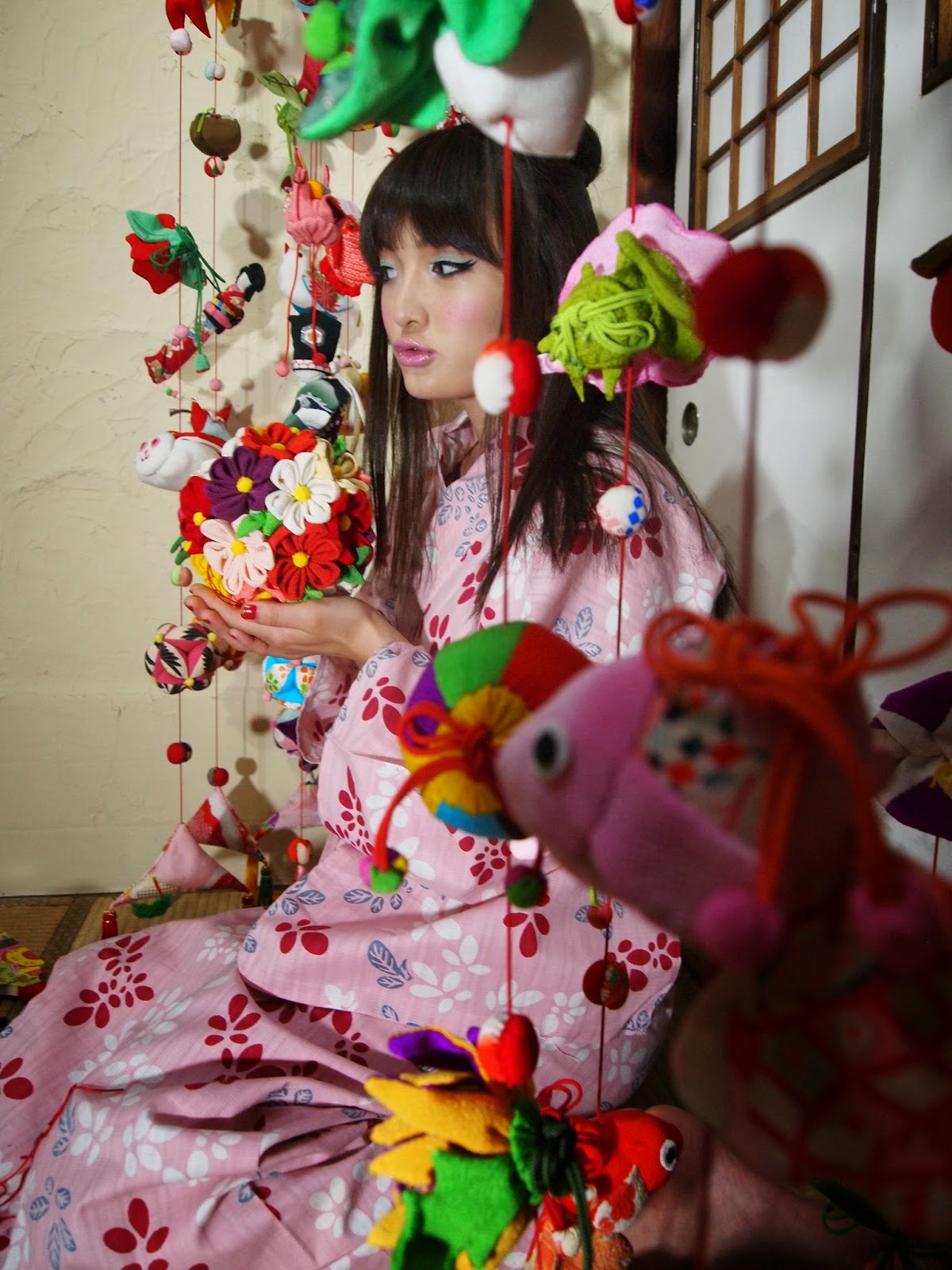 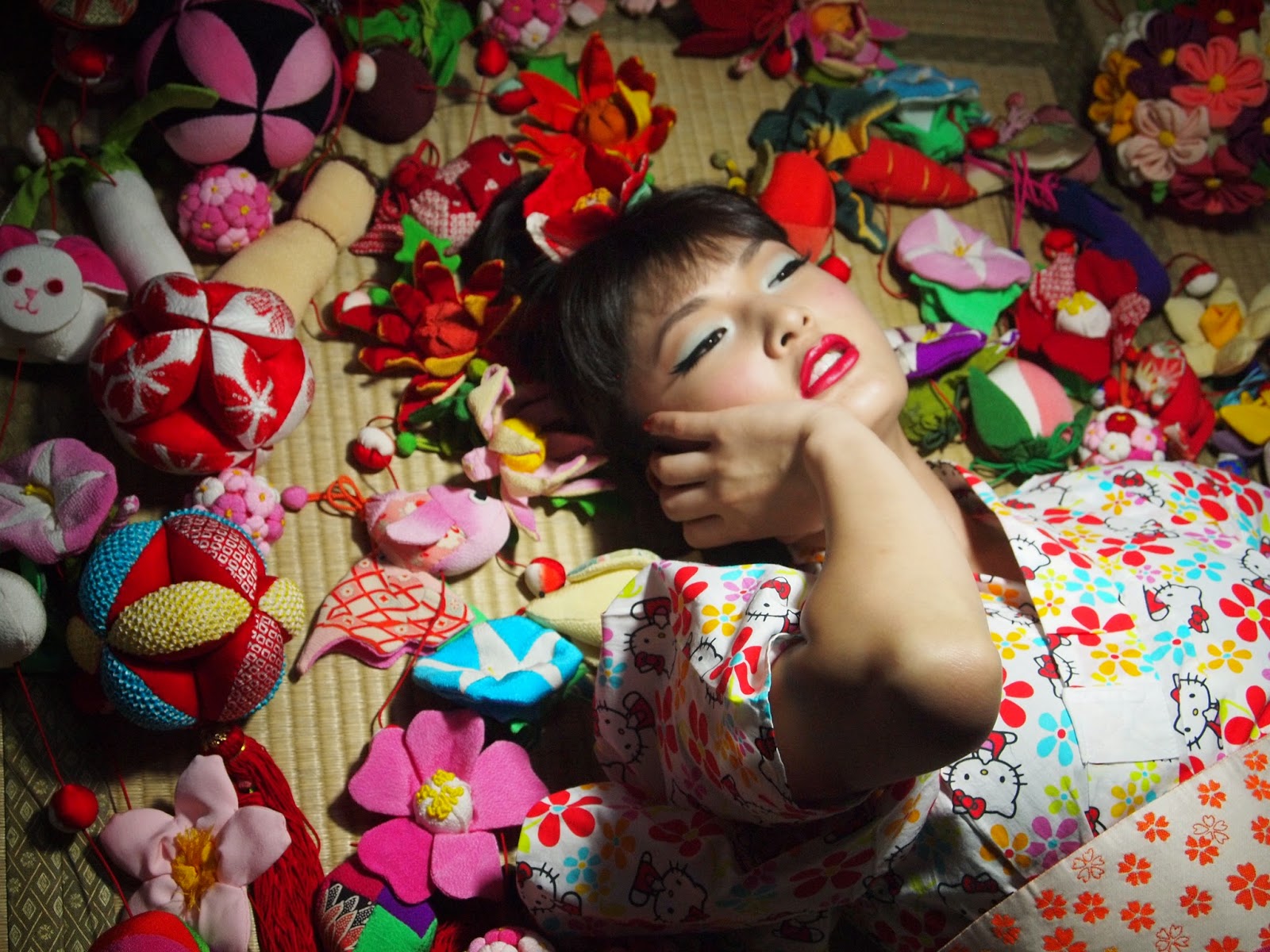 Speaking of kimonos, I typed in "kimono" to search for these photos on my harddrive, and these dog ones came out of the woodwork…they have nothing to do with anything, but I think the readers of this blog will probably dig them. So here you go.


They were taken first week of the 2012, when almost everyone in Japan goes to pray for a lovely new year, traditionally in kimonos. It sounds religious, but Japanese people go to temples, shrines and festivals for aesthetic and cultural purposes ...or just to doll up in a cute kimonos, or dress their dogs up, apparently.   I don't actually know anyone who claims to be Buddhist or even know that much about Shintoism, but festivals are a huge part of having fun in Japan, especially in summer.
I can't imagine how ridiculous my mongrel mutts would look in this, but these guys looked so great! 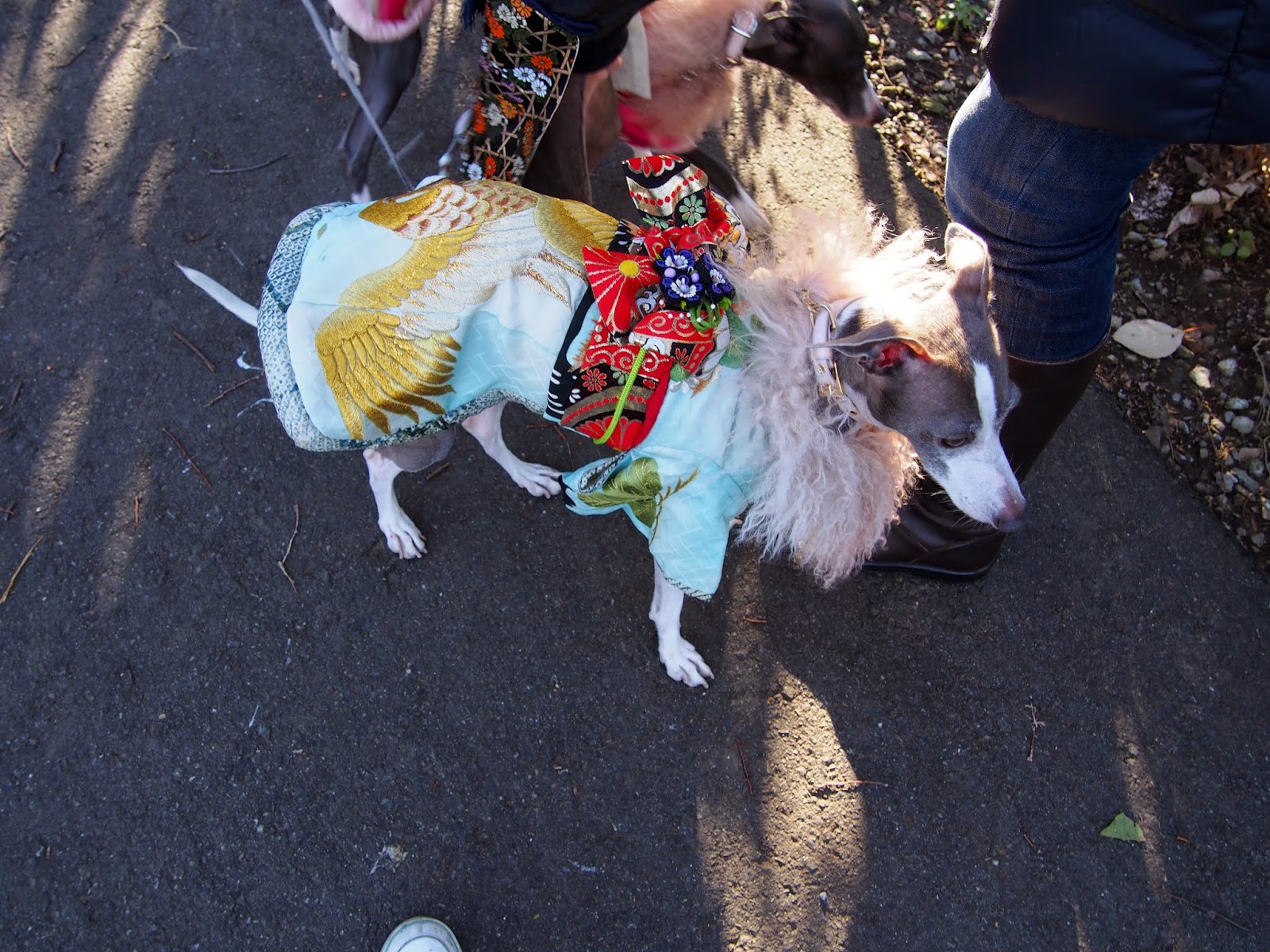 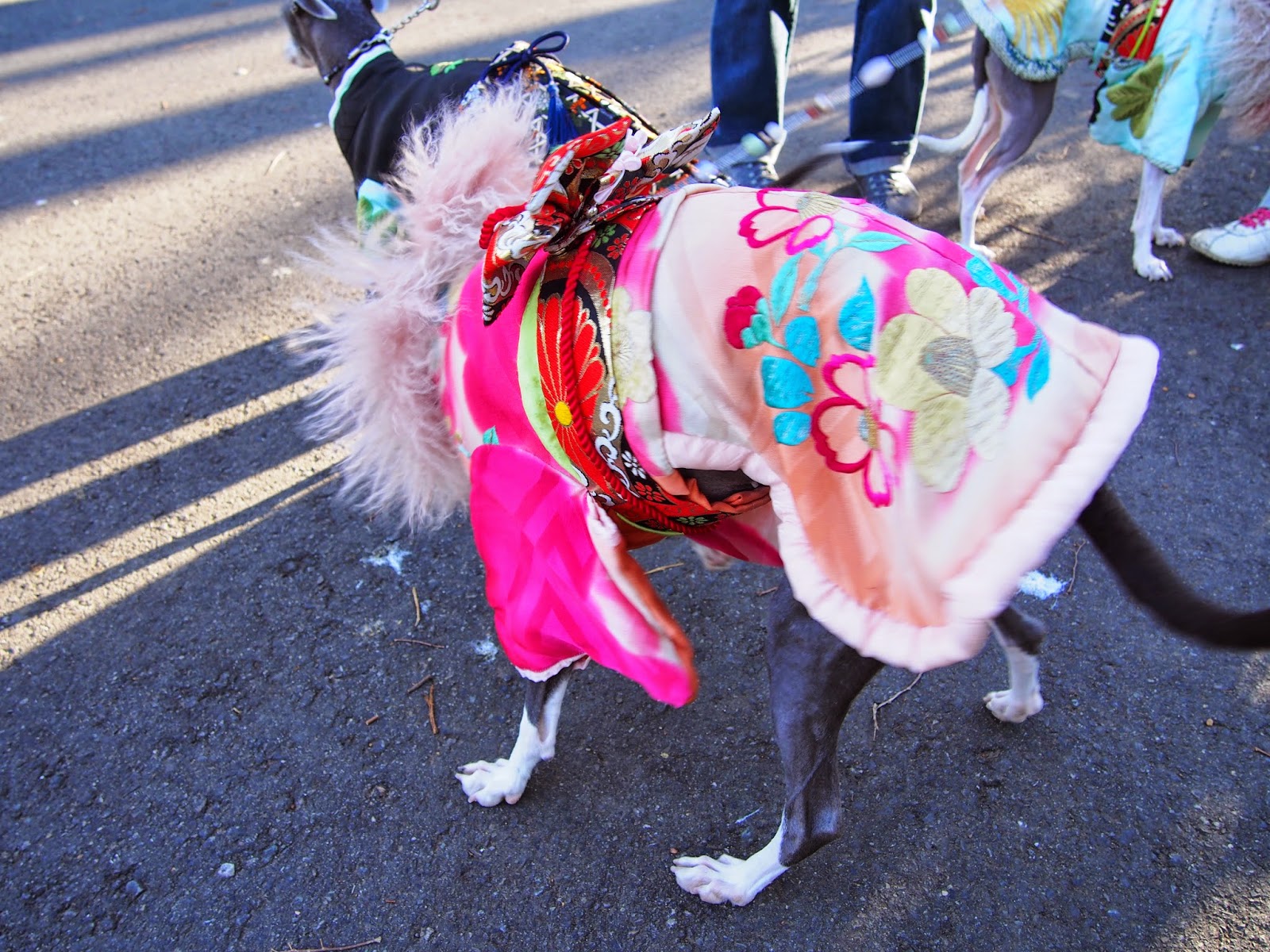 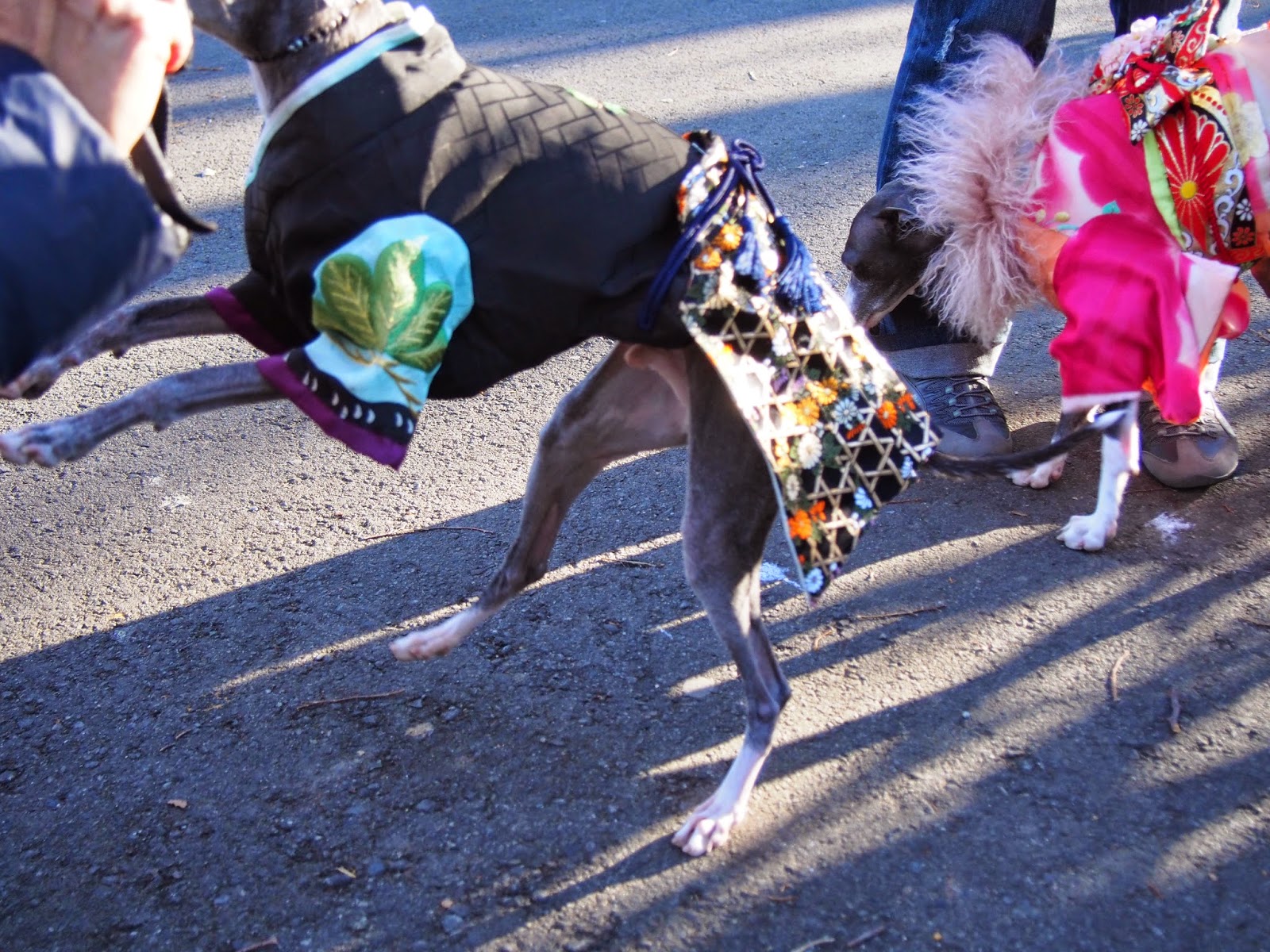 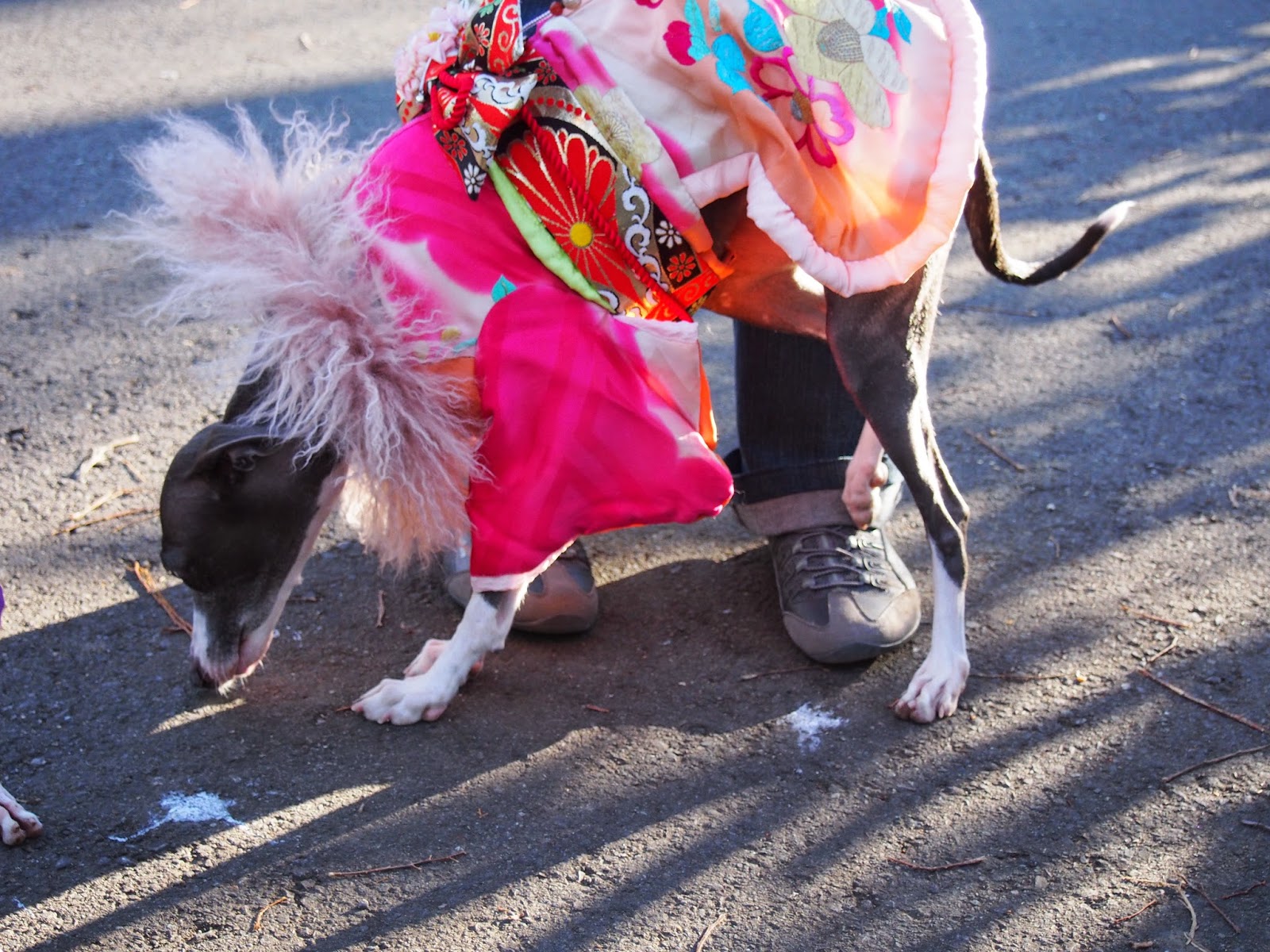 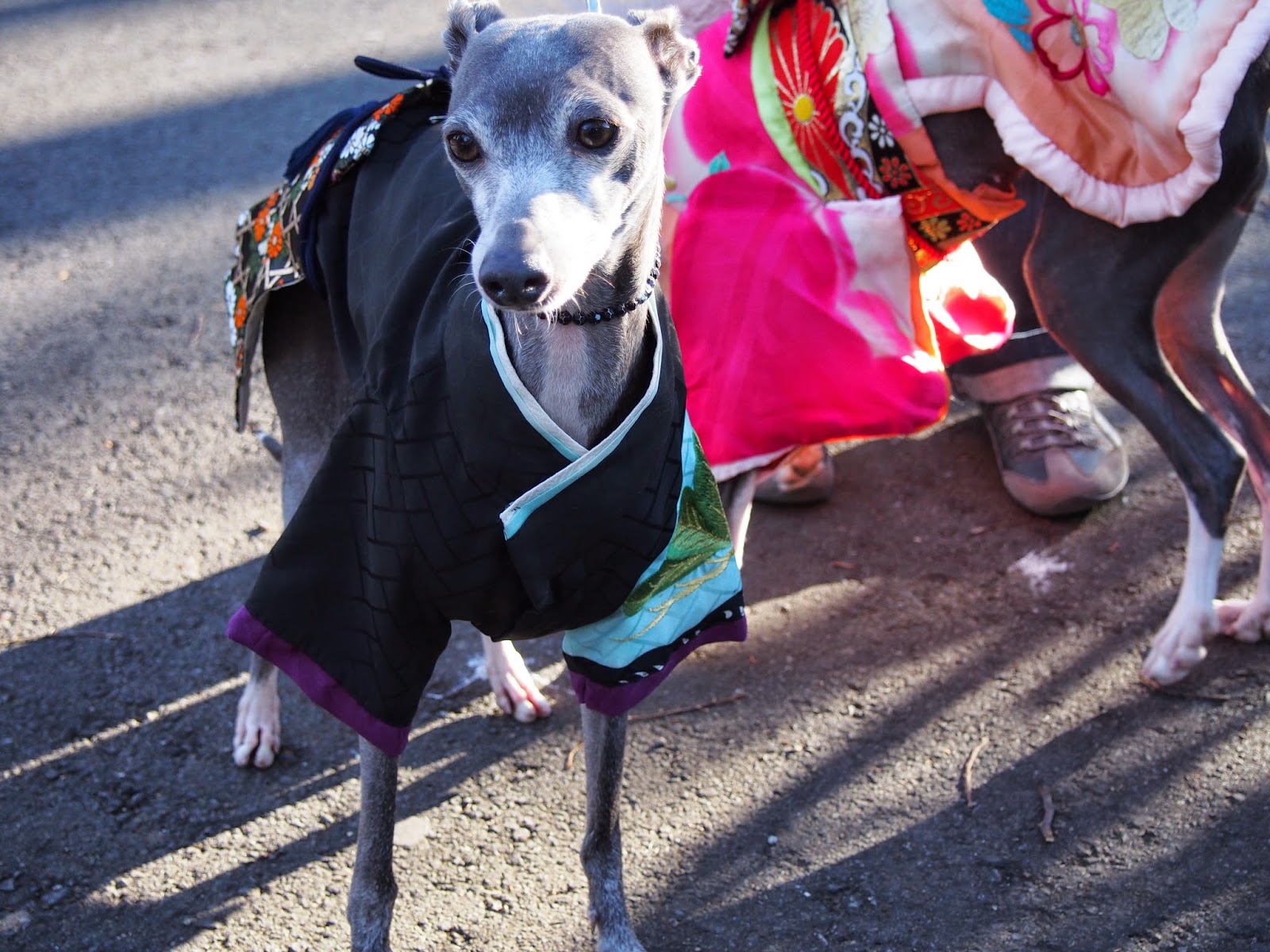 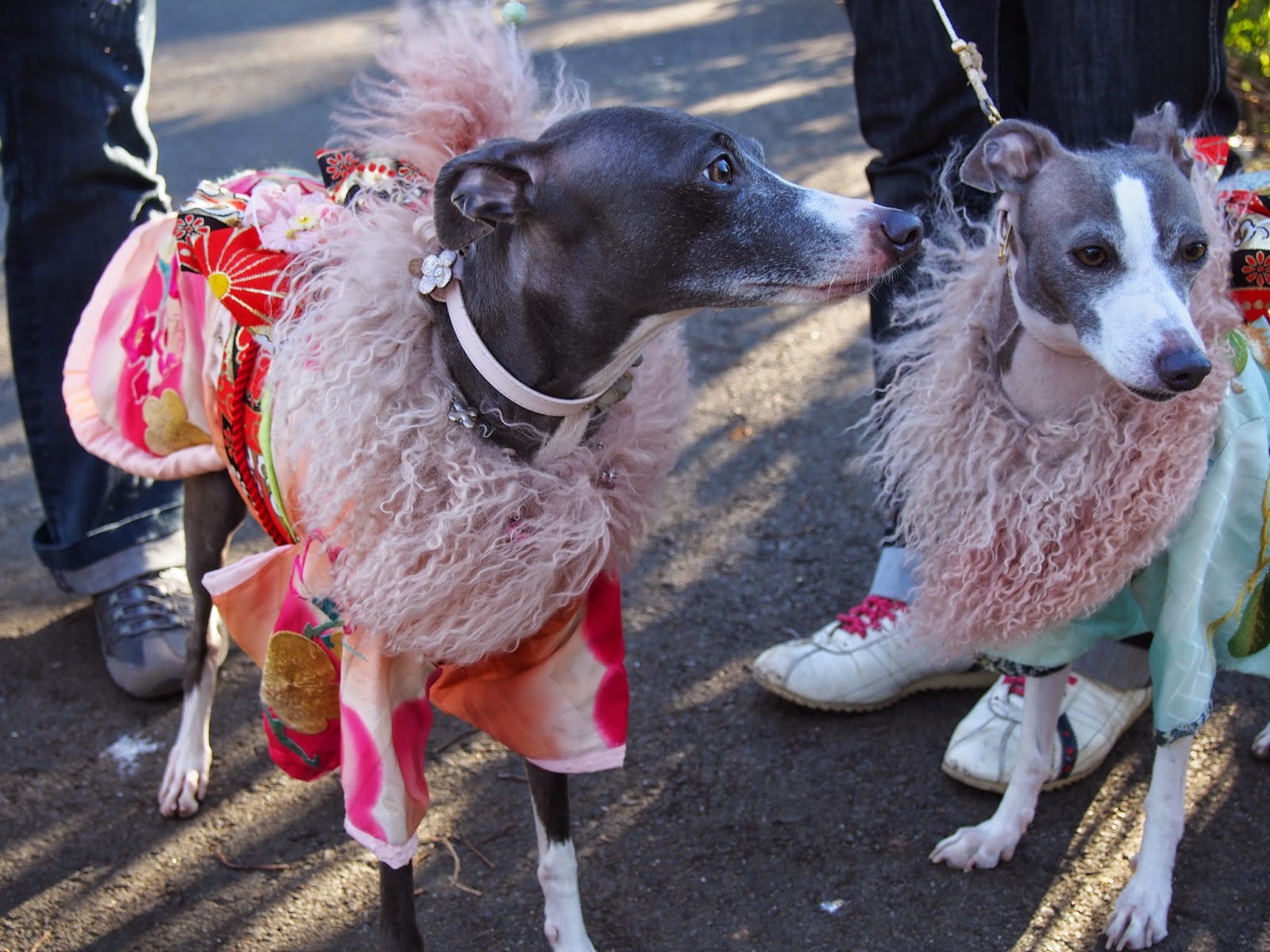 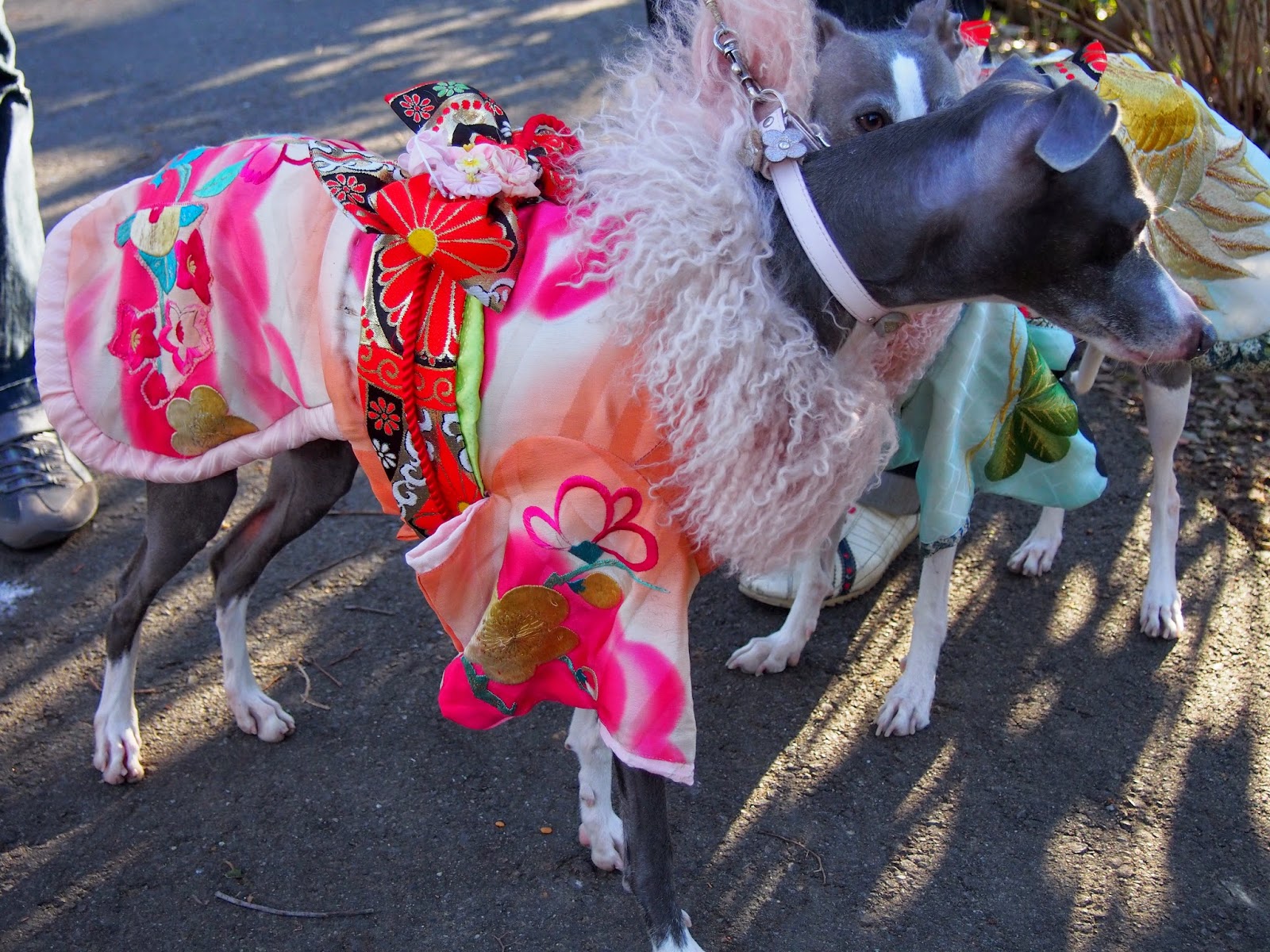 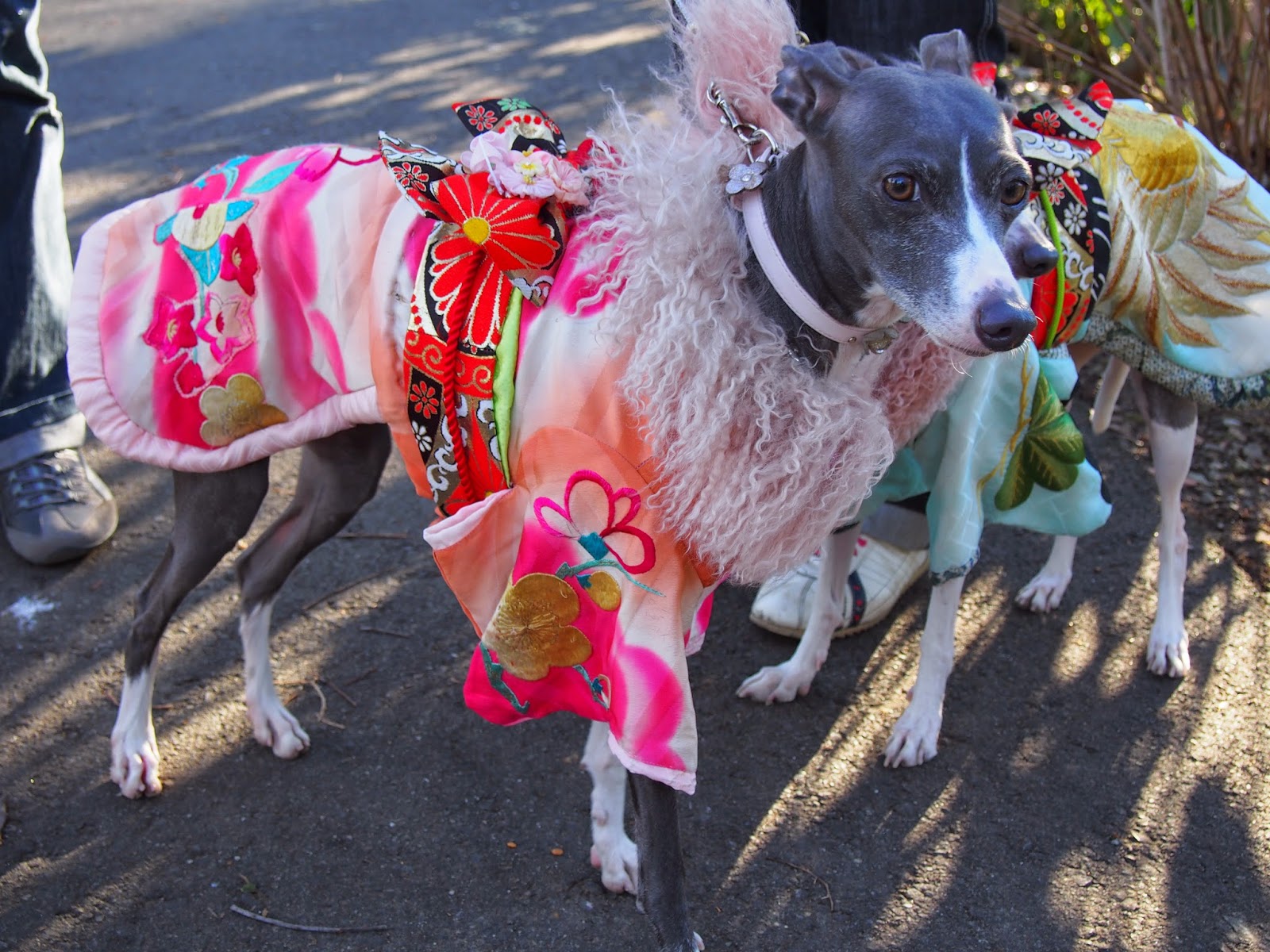 Anyways, I also wrote about shooting the kintaro ame shop for Get Lost, which we also feature in the kawaii book. Kintaro ame are these super sweet, candy rolls, which are assembled in parts which are rolled together. Then they form this long tube, and when cut, it produces a face inside. If that description is puzzling, the photos below might help.
Kintaro Ame are the most famous motif, but they also make a plethora of really cute traditional animals and folkloric figures. 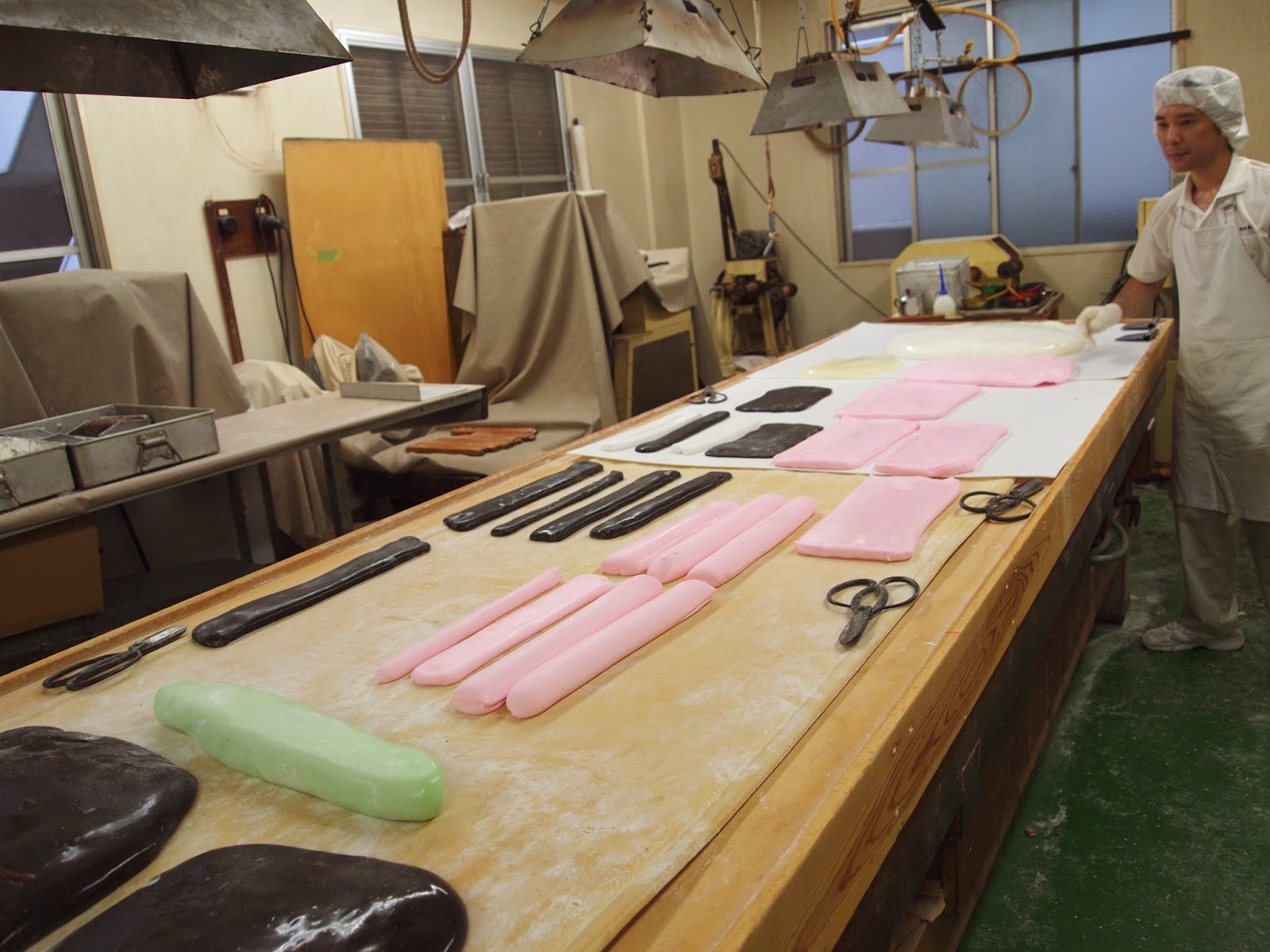 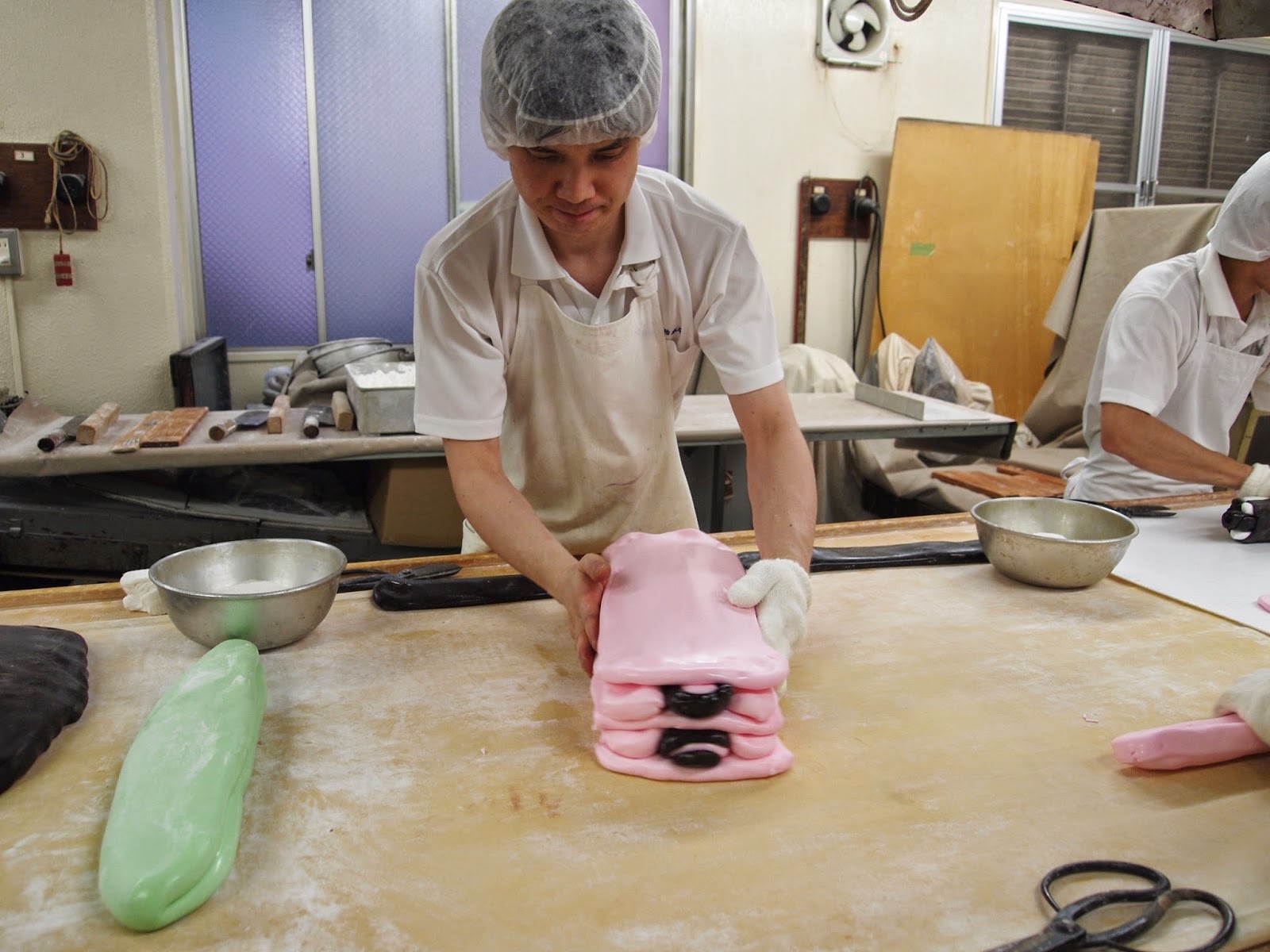 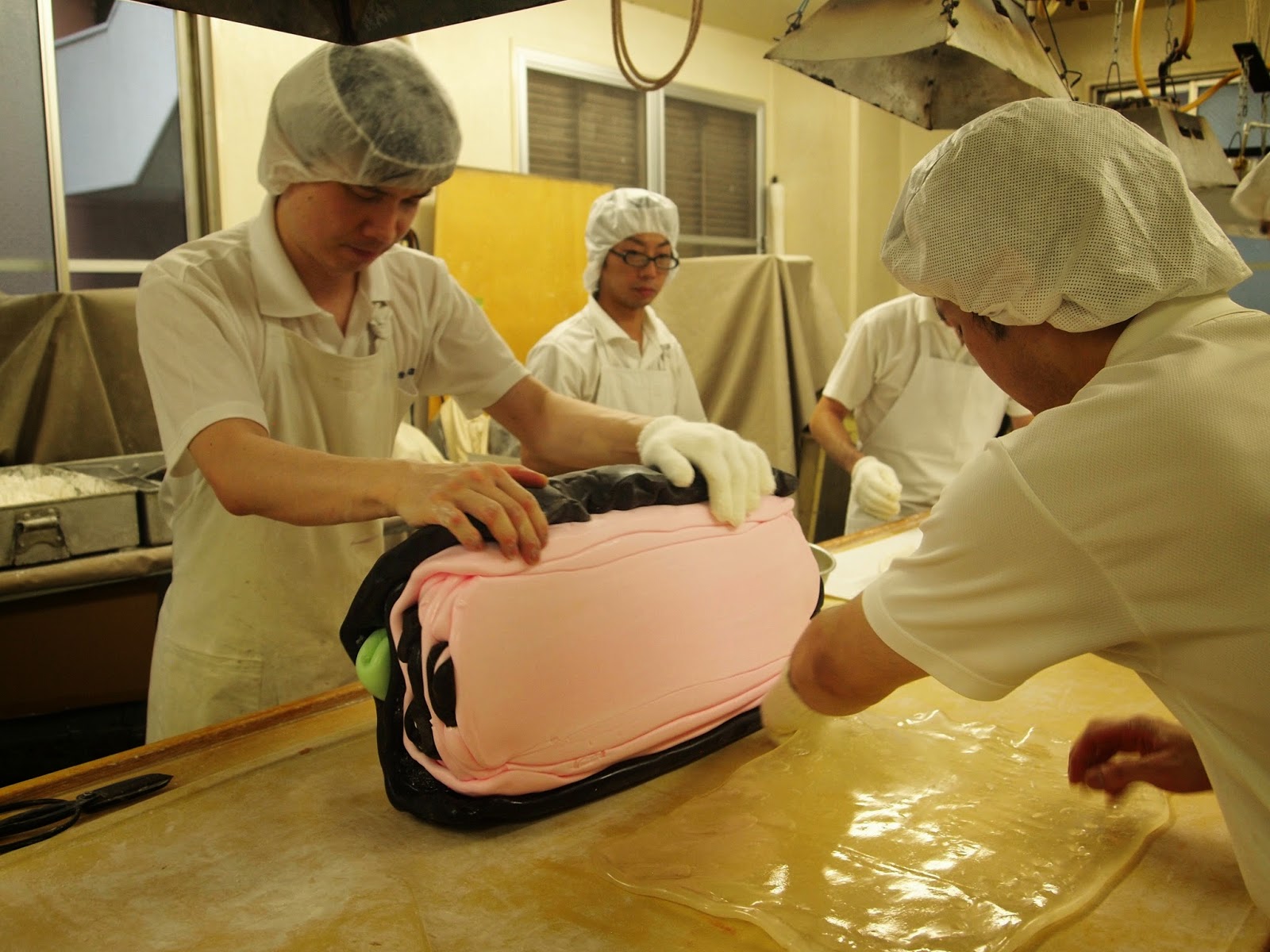 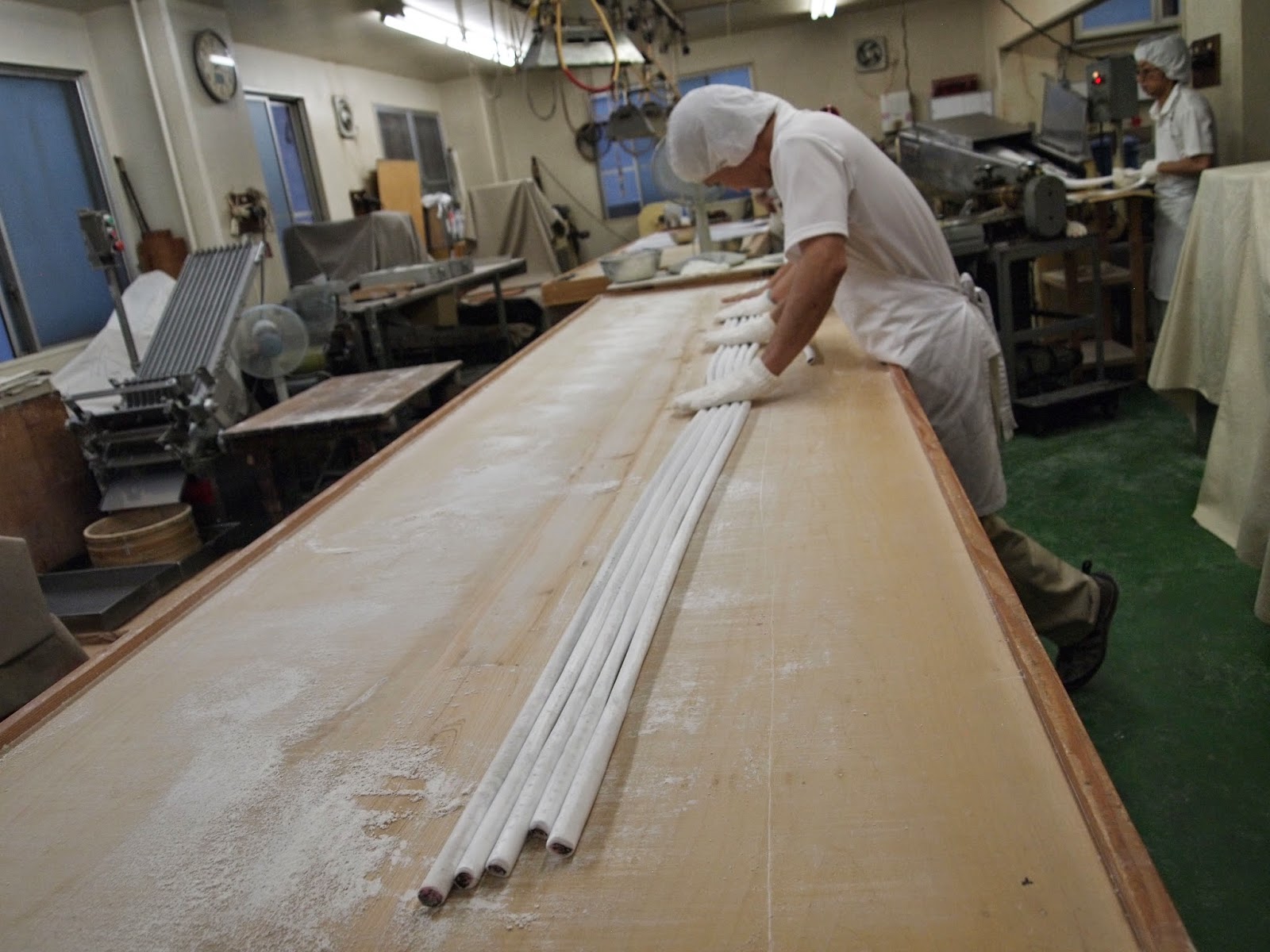 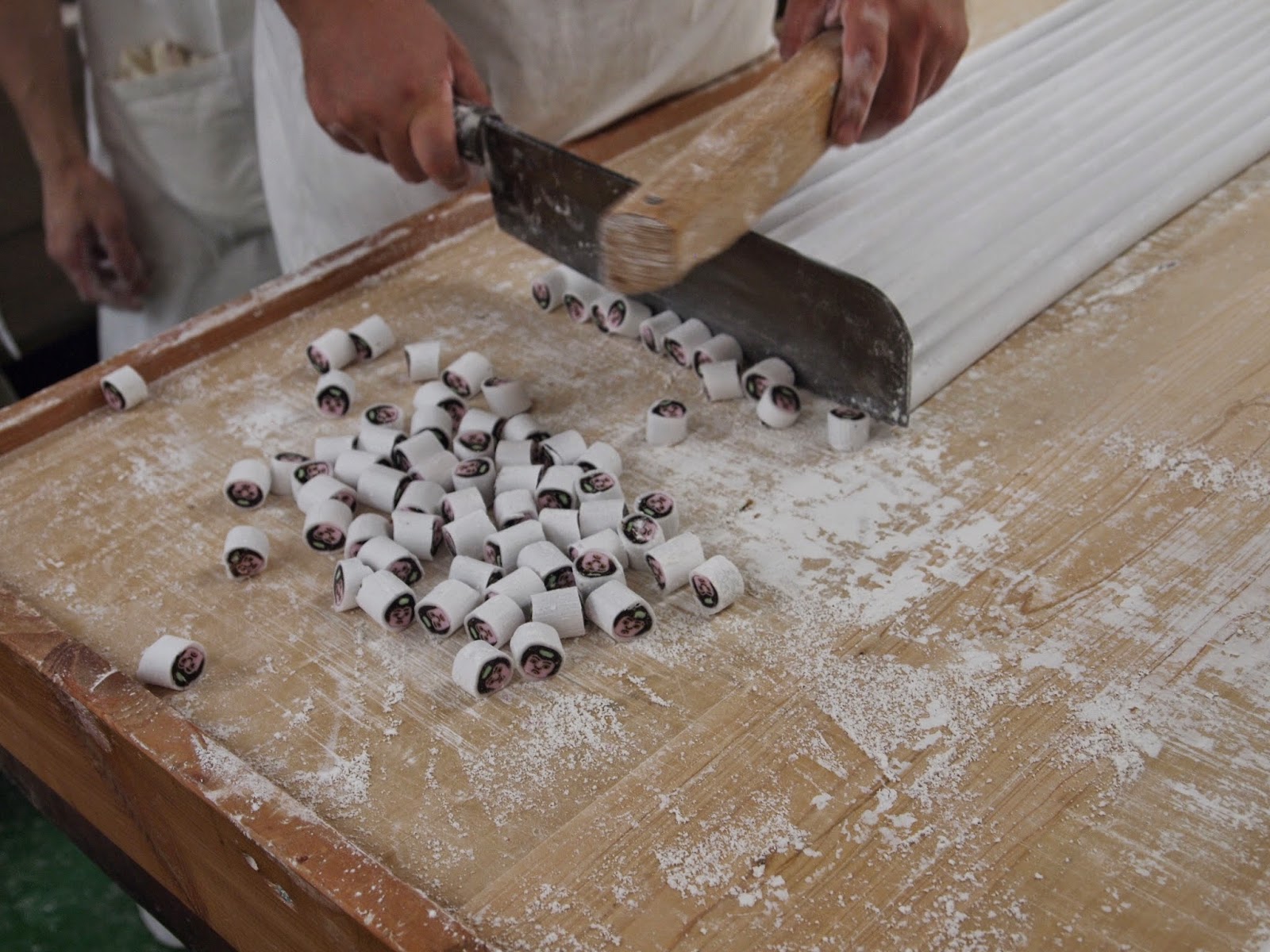 this is kintaro's face. I should add Kintaro is a folkloric character. 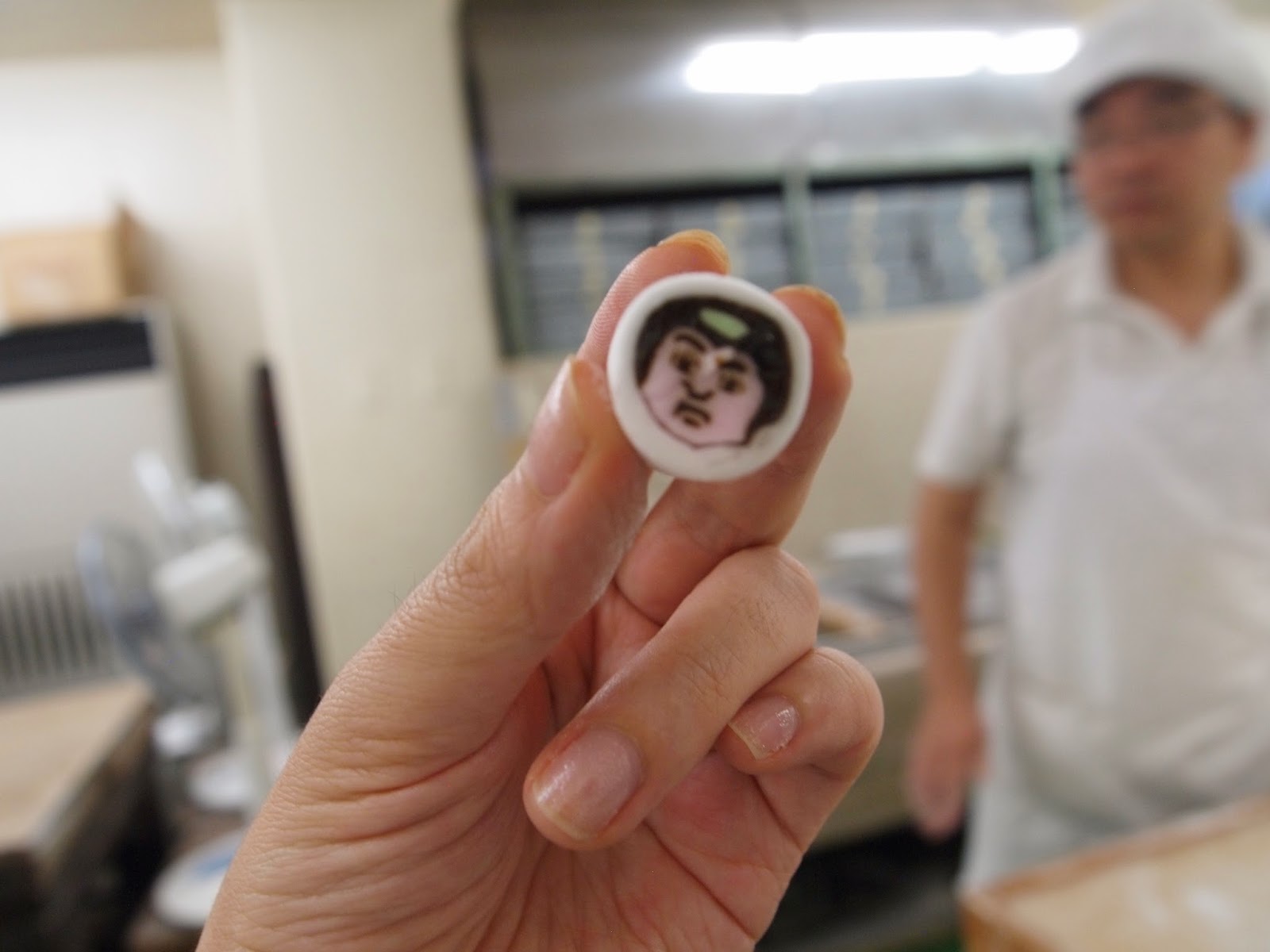 Sitting at the airport, due to personal this and that, Ive been away from home for about 4 months now. I can't wait to be back in Japan! And winters in JP are so beautiful,...
Here are some more tattoo shop pix, as I seem to be getting a lot of hits on the previous post. I've been to a few tattoo cons (Barcelona, Frankfurt, NYC, Tokyo, London, Hong Kong, Wales, Brighton, Bangkok), but I have to say, this is the first time I've seen a custom made shop at one,  (replete with its own LED shop sign!) it was partitioned so punters didn't have to be ogled at by the masses, (honestly, if you are a female, getting tattooed at a con might be off putting) and super clean -- so well organised and thoughtful.

One day I will stop fawning over how awesome this event was, but in the meantime, enjoy~
Hopefully I get a couple of more print mags with Hello Kitty stuff in it soon.. 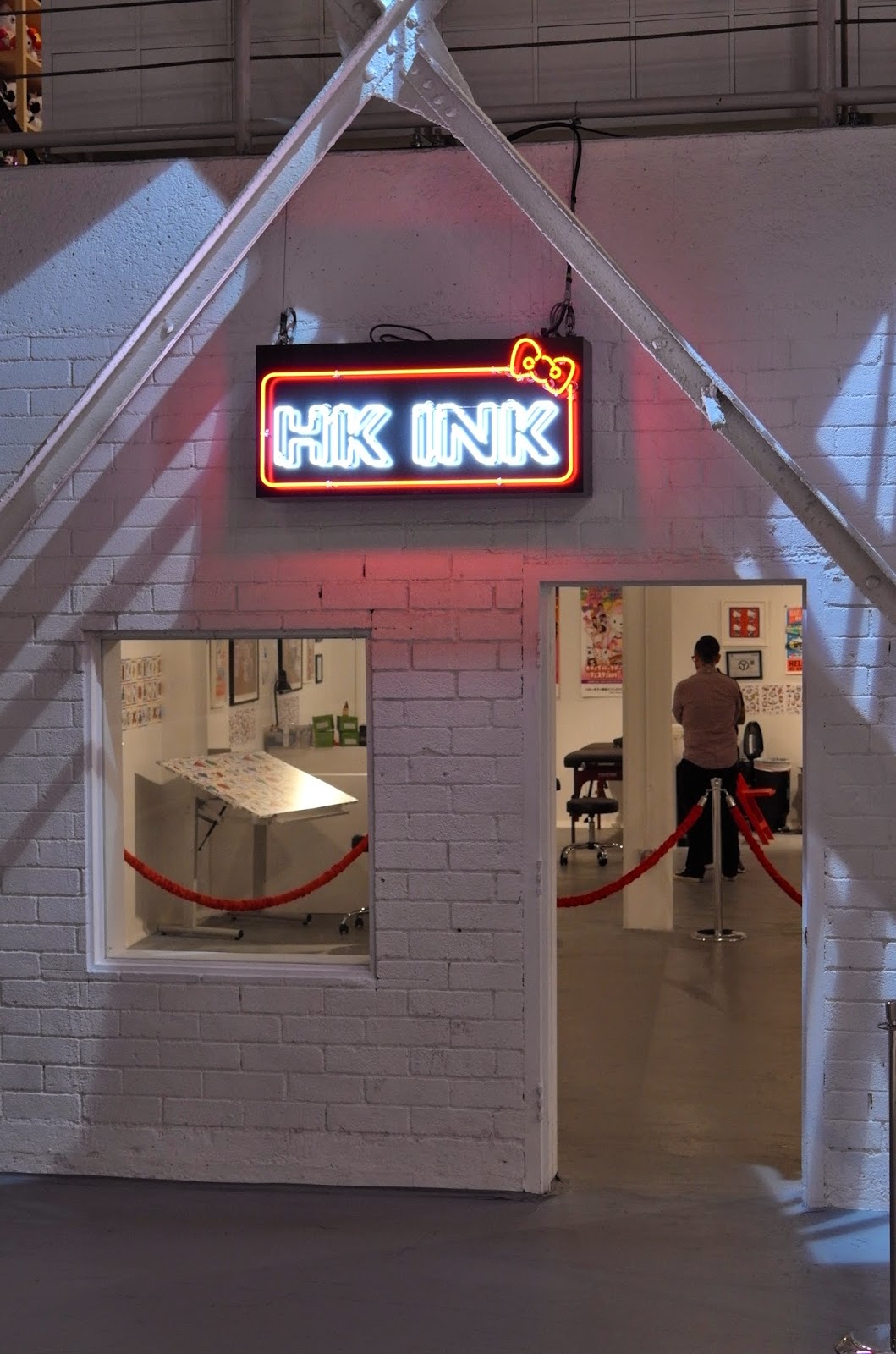 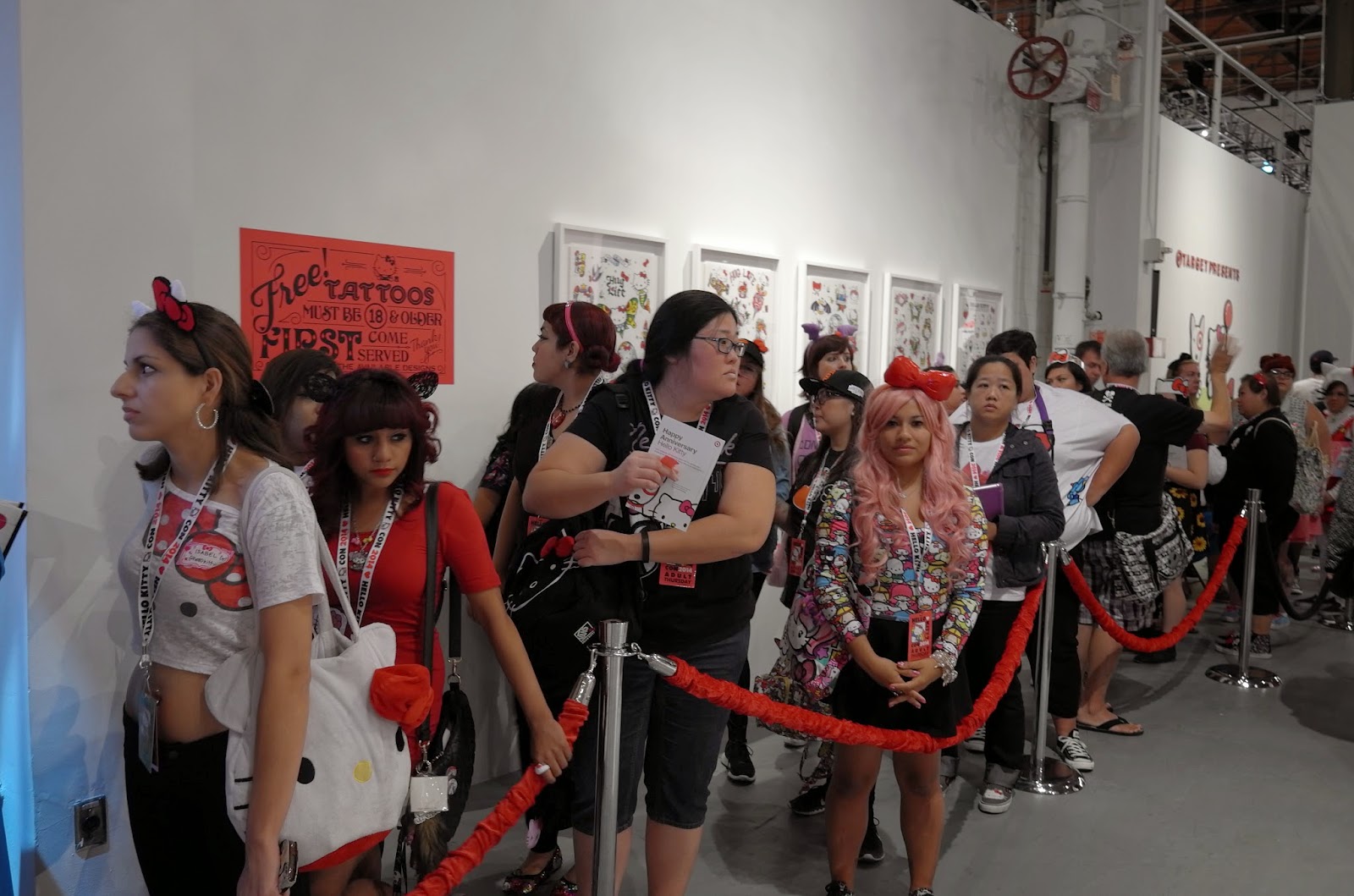 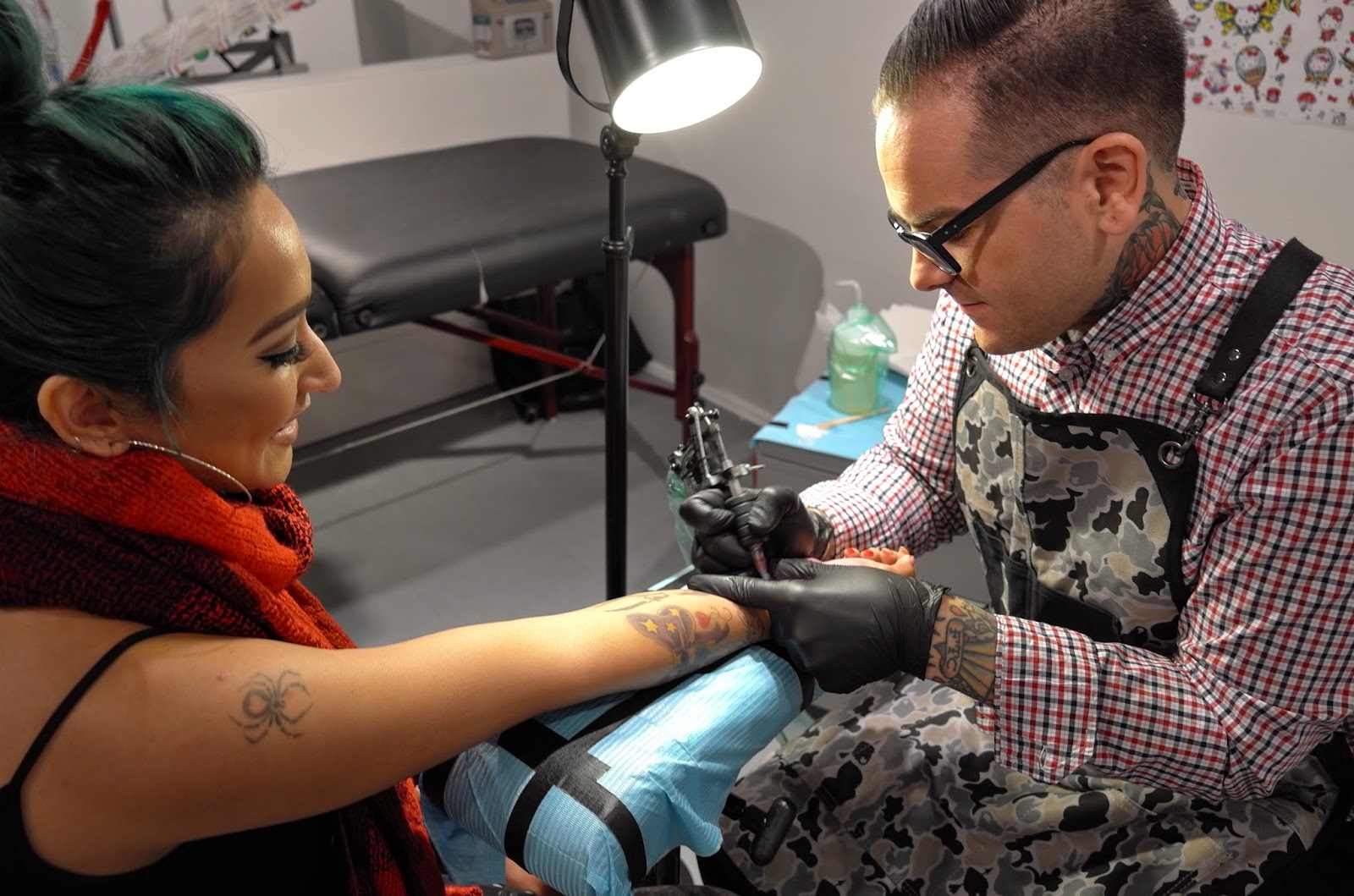 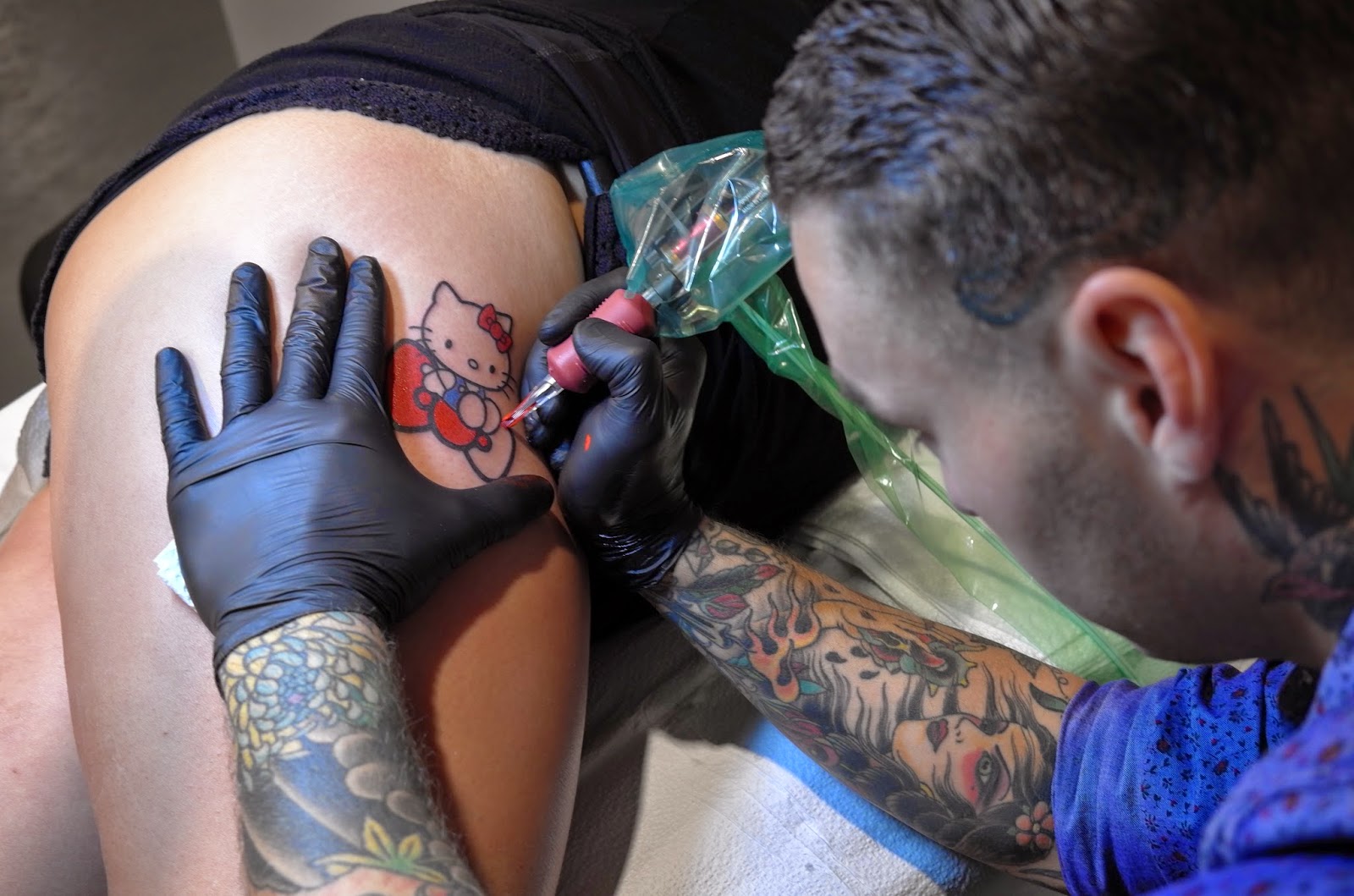 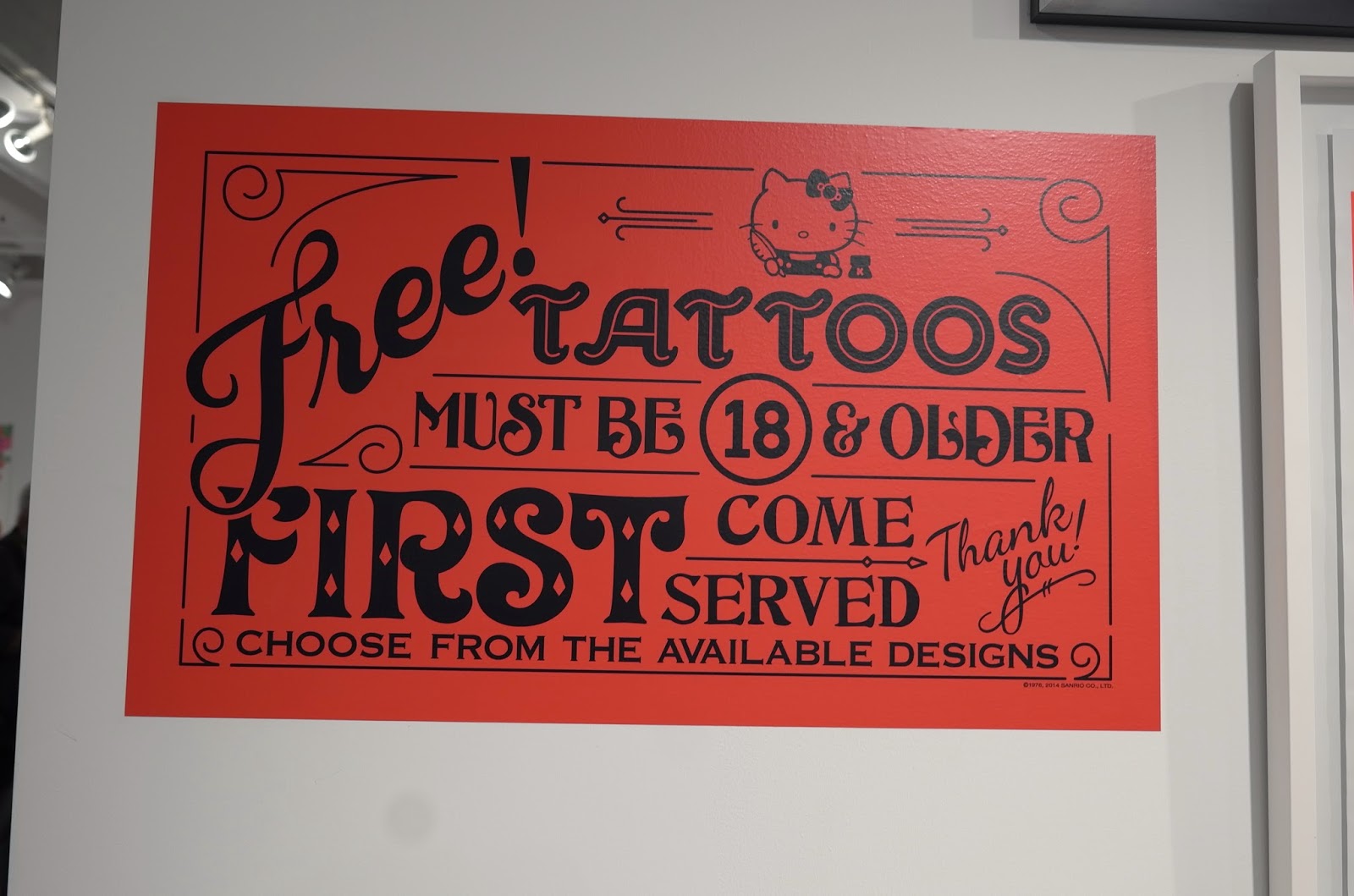 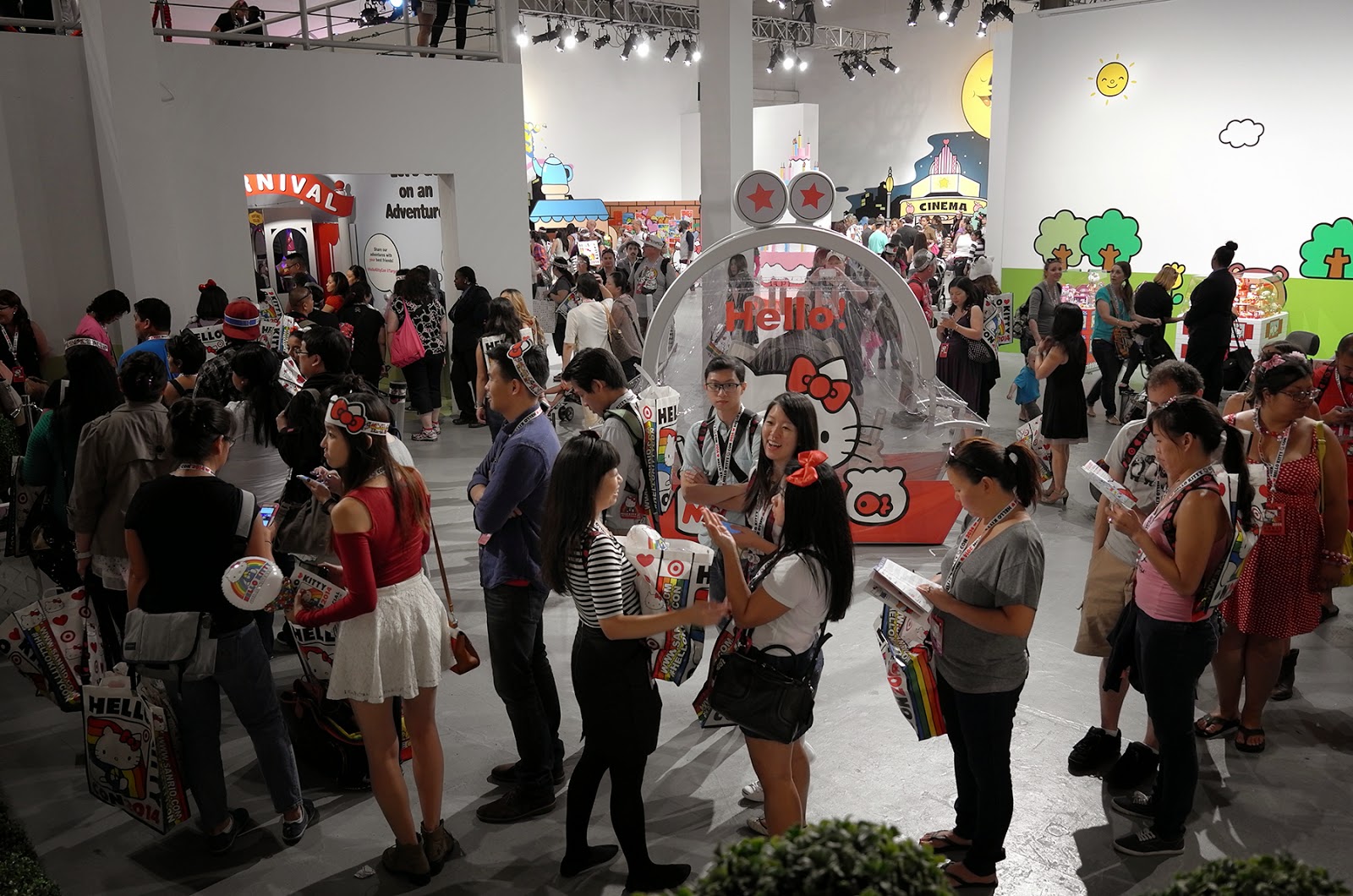 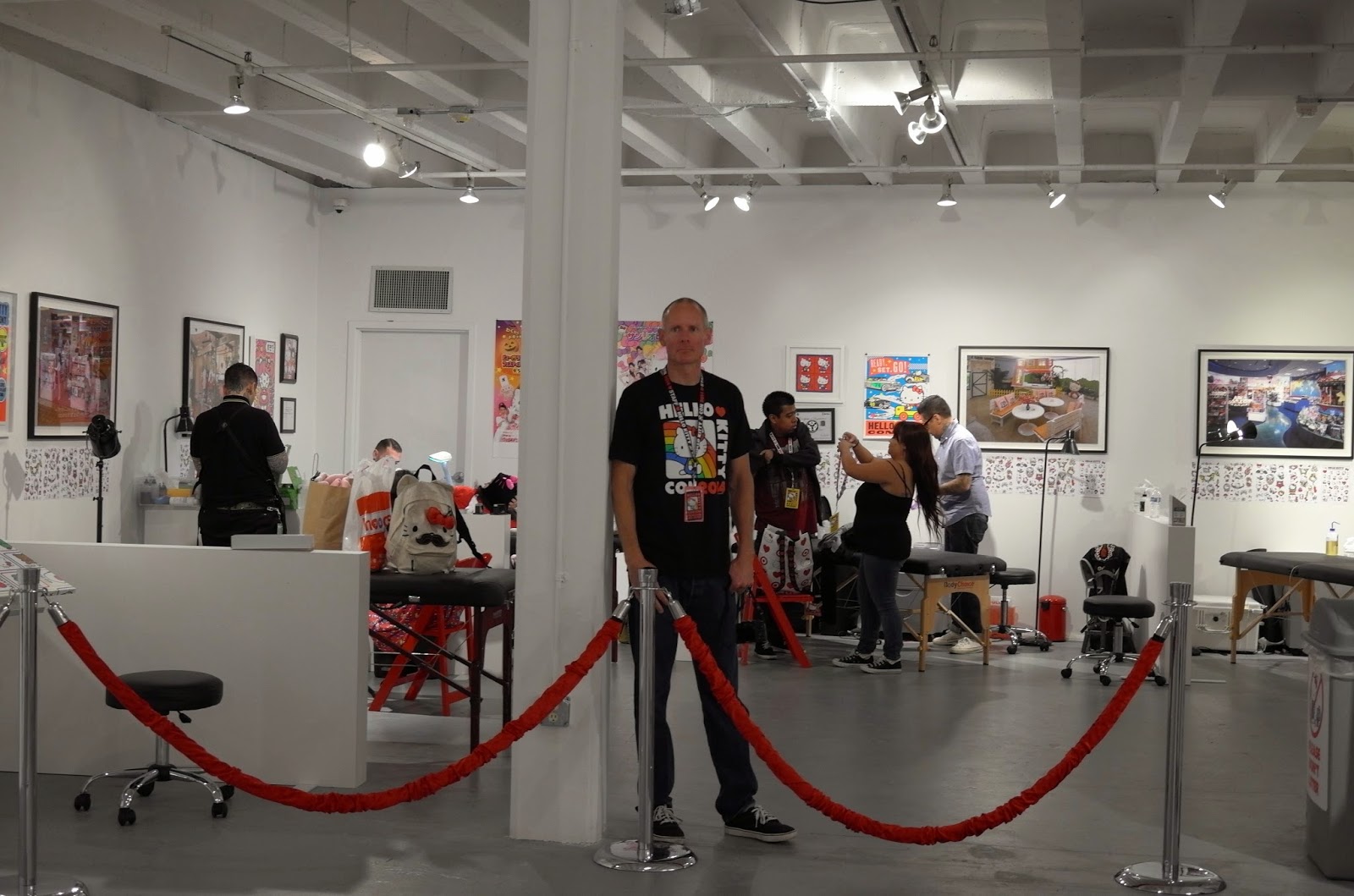 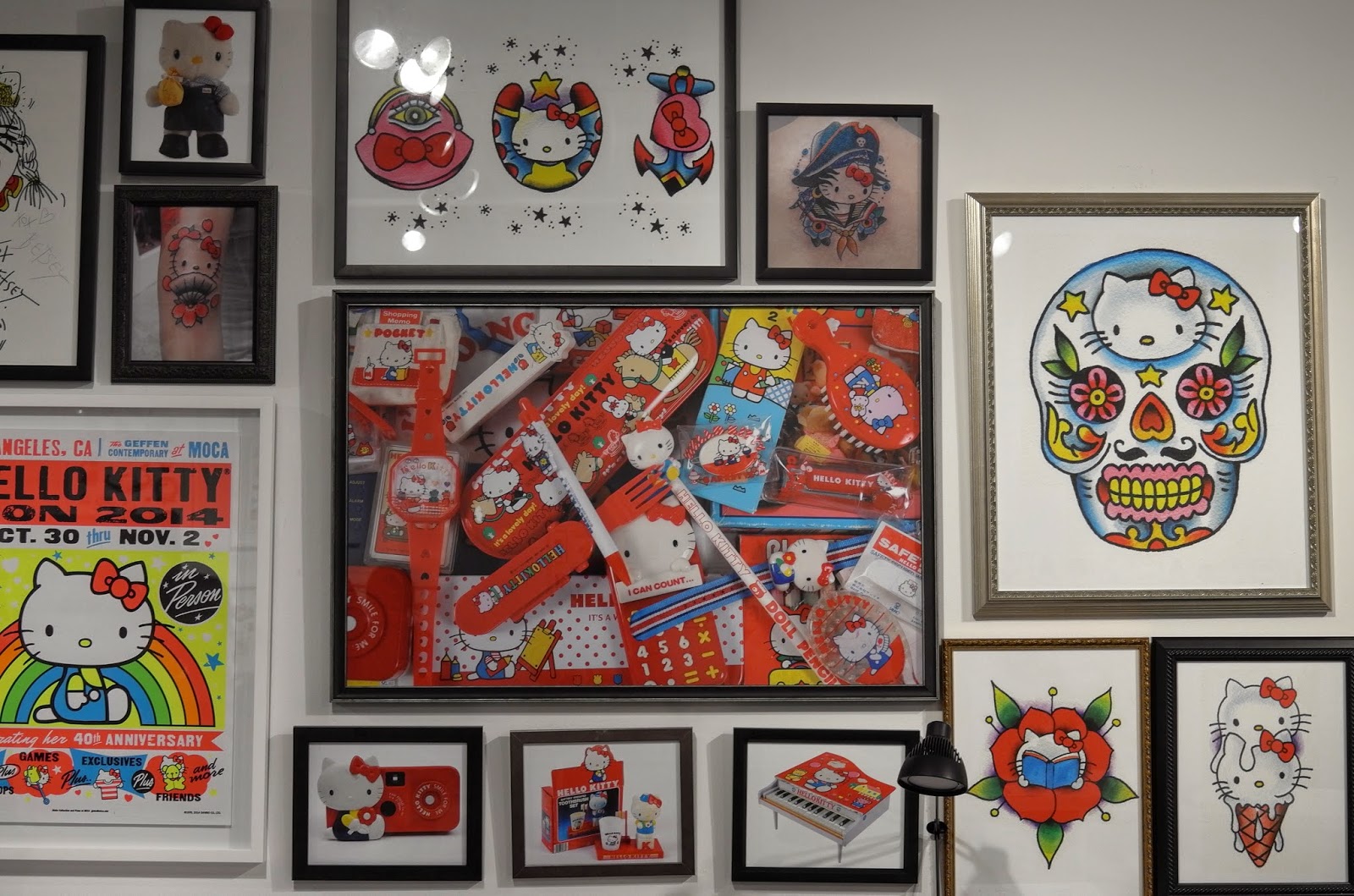 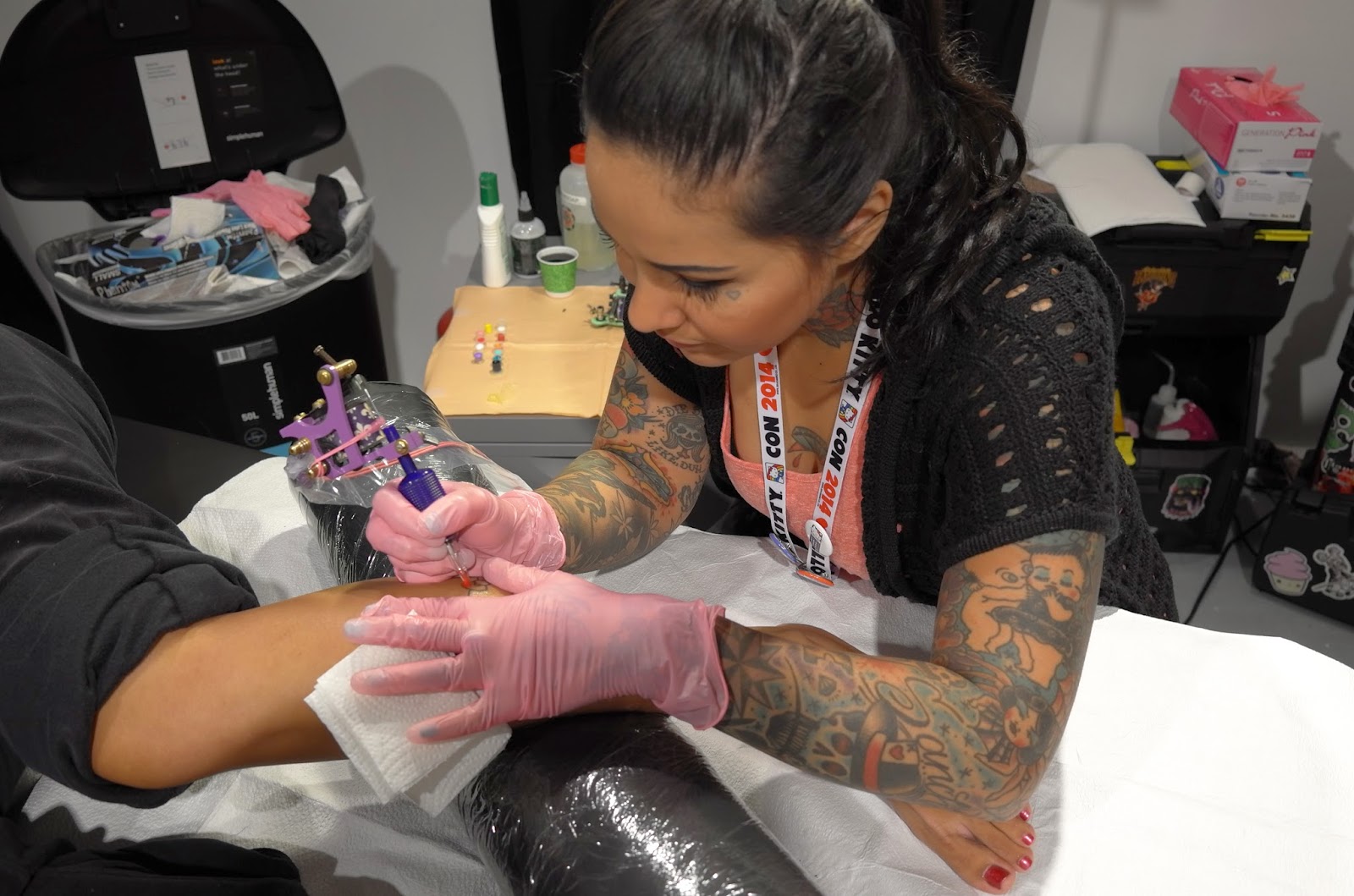 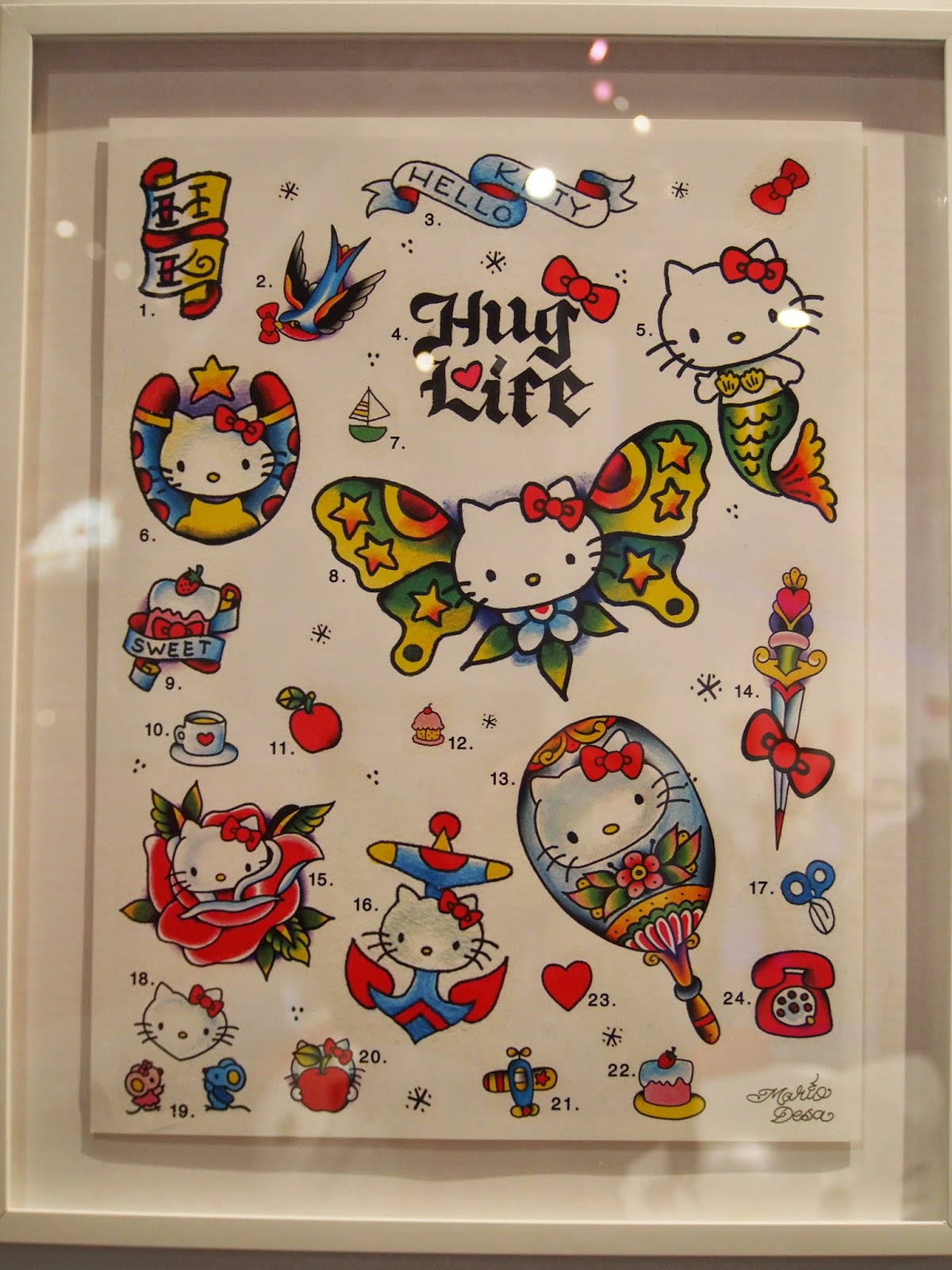