This takes the cake for one of the most awesome places I've been to in Japan. If you know me, you will know I am a total animal nut but I mean, seriously... this place is TOO MUCH.
One half of my family were snowboarding in Zao, so I met up with them. We did get warned but  these guys stole our friends'  baby daughter's hat (running off gleefully) so all I can say is watch your stuff!
It is a sanctuary and the enclosure is big, you are walking around with foxes all around you, and of course, there is also a little Inari (fox deity) shrine, so you can shoot 'foxes at the fox shrine' style photos. 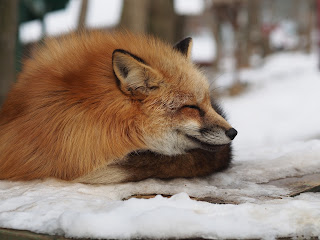 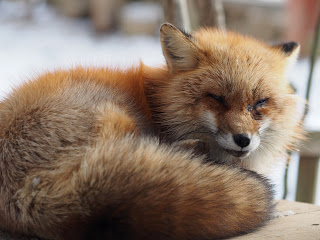 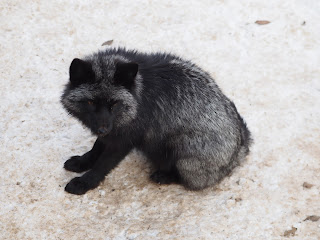 It is also very close to hotsprings, ....and hence a kokeshi village.
There is a cluster of artisan studios in Shiroishi making all kinds of cute wooden folk toys, you can stroll from one to one and check them out.
I initially went here for my book, Kokeshi from Tohoku with Love -- if you only have time to visit one village, this and also Naruko are both little hubs of production with their own museums.
Kamasaki onsen is also close by. Nice little trip with the ozzies... 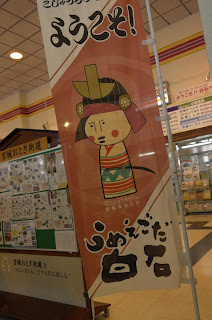 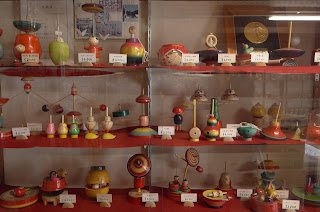 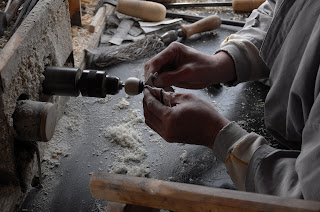 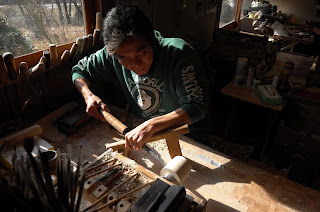 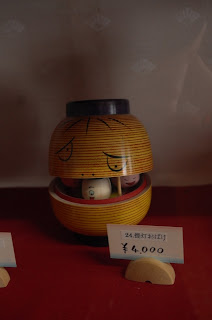 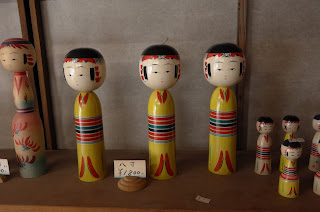 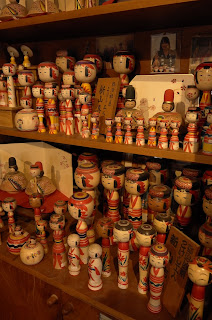 2016 and Gudetama in the Wall Street Journal

Happy New Year, the year of the monkey, last year was pretty trying, so I'm actually glad it is over, but feeling pretty upbeat about this year.

Thanks for making my book such a success, and this year I will start another project on cat culture in Japan. From mythology to folklore to designers to artists, it will be in the same coffee table tome/ journalistic format with hundreds of photos, and historical & cultural context. I'm actually personally more of a dog person, but Japan has a hugely rich cat culture.
It will take some time, as I am in the middle of finishing another book, but I'm really looking forward to this project!

In other news, I did a mini interview with Jun Hongo at the Wall Street journal about gudetama, the kawaii egg character which is ubiquitous around Japan and actually, Asia at large. It follows his full article here.
Why are serious press outlets reporting on such a thing? Well, these characters are a huge part of Japan's soft power diplomacy (Japan ranks consistently in the top 10 for soft power rankings, Monocle ranked Japan as #4), the tourism industry and popular culture, and it is a multi billion dollar industry.

Check it out and thanks to Jun Hongo for dropping me a line!

If anyone should see life sunnyside-up, it ought to be an egg yolk. Not Gudetama. It lies around apathetically, muttering things like “I don’t feel like doing anything” and “Can I go home now?”
The cartoon character with a defeatist demeanor is a surprise hit—and a departure for its creator, Sanrio Co.8136.TO -1.86% For more than four decades, Sanrio has charmed the world with Hello Kitty, whose twinkling eyes and large-sized bow made it the epitome of cuteness.
Sanrio has already shipped 1,700 items related to Gudetama, and in response to a growing fan base in Asia, the company in November launched the character’s products in the U.S. as well. Manami Okazaki, a journalist who has followed Japan’s “kawaii” (cute) culture, shares her opinion about the yolk. 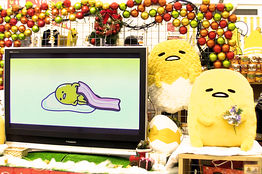 Japan Real Time: Why has Gudetama gained popularity in Japan and Asia?
Manami Okazaki: Gudetama is already popular overseas. At the Eslite Bookstore in Hong Kong, a gudetama book is currently one of their top selling books. A perusal of Instagram hashtags reveals #gudetama has over 131,000 results. There are unofficial fan pages, and all the comments are in English. One fan has even created a “Gudetama in real life” fan page with egg-y recipes which are made to replicate Gudetama in a variety of edible dishes.  I think overseas consumers are already familiar with iconic characters such as Hello Kitty and Rilakkuma, and are ready for offshoots that deviate from “straight” kawaii types. Because of social media, people overseas are picking up on Japanese trends instantly.

JRT: Why are many of Japanese characters being embraced overseas as well?
Ms. Okazaki: Characters up until now, by and large utilize universal kawaii qualities that are not specific to one culture. Characters are made to replicate the proportions of babies, and have traits which anyone can recognize as “cute”, which in turn breeds feelings of love, and an instinct to adore and nurture that item. Also famously, characters like Hello Kitty and Rilakkuma have brazenly expressionless faces, and hence anyone of any emotional state can feel an affinity with these characters. 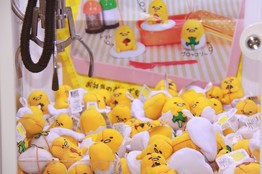 JRT: Are there any other strategies for their success?

Ms. Okazaki: A very large part of the success of these characters overseas is that they are versatile, and Hello Kitty has collaborated with a wide array of brands, hence widening her appeal to seemingly incongruous consumers, like Hello Kitty X Vans, HK X Swarovski. At her 40th anniversary exhibition at the Japanese American National Museum, many famous street graffiti artists made homages to her. This way, people who might not be typically into cute characters become familiar with her cult-like appeal.